Marie Antoinette Syndrome: Why some people's hair turns white in just one night 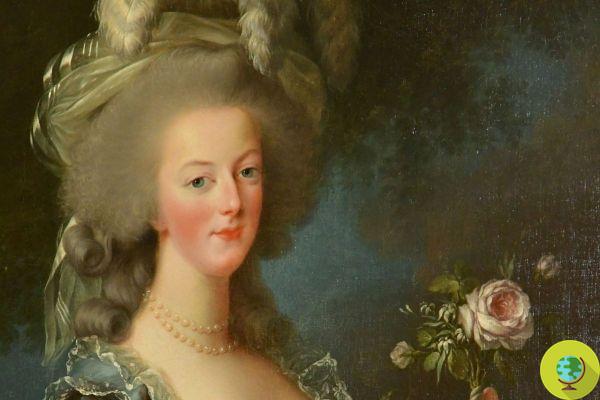 
There is a legend that the hair of Queen Marie Antoinette of France they all blanched together the night before she was beheaded, and it is not the first case in history - in the sixteenth century even Thomas More, who strongly opposed the separation of Britain from the Catholic Church, found himself white-headed the day before his execution. What triggers this strange phenomenon?

La Marie Antoinette syndrome, also called Canities subita, does not have a clear trend within the scientific community: despite the presence of many legends, there are few studies on the case. Among these is the report relating to the survivors of the bombings of the Second World War, whose hair suddenly and suddenly bleaches. Another account of the recent past dates back to 1957, when a dermatologist reported that he observed the hair of a 63-year-old man turning white in a matter of weeks after it fell down the stairs.

The syndrome, it exists, it sows therefore be caused by very high levels of stress which can lead to loss of pigment in the hair. This fits well with current research into the causes of natural hair graying, which scientists believe can be caused by stress and which, surprisingly, is reversible - at least until the body loses the ability to produce. melanin.

A first scientific study on the so-called Marie Antoinette syndrome dates back to 2013. Neurologist Brown Séquard, 45, suddenly began to observe white hair in some areas of his beard and, within five to six weeks, he had seen his hair and his beard whitened completely - a transformation that seemed to have happened overnight. The story that happened to the doctor then inspired the study, which analyzed other 195 cases of Canities suffered: if in the case of the neurologist there did not seem to be a strong stress at the base of the sudden graying of the hair, in most cases (126) taken under exam emotional distress or a very traumatic experience seemed to be the main cause of the problem. Some cases of Canities suffered seem to be connected to psychiatric disorders: the case of a thirteen-year-old patient suffering from severe mental disability whose hair suddenly turned white - only to return to its natural color to improve his health conditions - is emblematic.

In short, one thing is clear: Marie Antoinette syndrome is much more common than one might imagine. Certainly the sudden bleaching of the hair, which happens overnight, is a fictional element to make novels and fictional stories more succulent - but there is still a grain of truth. What needs to be further investigated, however, is the way in which the disorder manifests itself: graying of the hair could be linked to hormonal dysfunctions due to stress, or to a depression of our immune system. Undoubtedly, more studies are needed to explore this syndrome and, perhaps, to try to counter it.

Restless Legs Syndrome: Is Sleeping With A Bar of Soap Enough? ❯

add a comment of Marie Antoinette Syndrome: Why some people's hair turns white in just one night