Map 27 emotions of the human being

When we think about the emotions we feel we usually focus only on the "basic" ones: sadness, happiness, surprise, anger, disgust or fear. In reality, the emotional states of the human being are many more and have many shades, a new research has classified 27

When we think about the emotions we feel we usually focus only on the "basic" ones: sadness, happiness, surprise, anger, disgust or fear. In reality, the emotional states of the human being are many more and have many shades, a new research has classified 27.


A team from the University of California - Berkeley has challenged the old pattern of emotions by creating a study that shows the existence of many other facets of our "feeling". The authors, Alan Cowen and Dacher Keltner, had set themselves the goal of "shedding light on the full range of emotions that color our inner world".

The experiment was based on a sample of 853 participants divided into 3 groups who were shown 2185 short videos without audio, useful for making them feel different types of emotions. Both happy moments were shown: marriages, births, sexual intercourse; as well as difficult or tormented situations: deaths, natural disasters, wars, and much more. Eventually the participants were asked to fill out a questionnaire about how they felt while watching.

Analyzing the results (published on PNAS), it was highlighted how people showed a variegated sample of feelings and emotional states. Based on some statistical models, the scientists then created a multidimensional and interactive map that shows how emotions interact with each other. You can see it here. 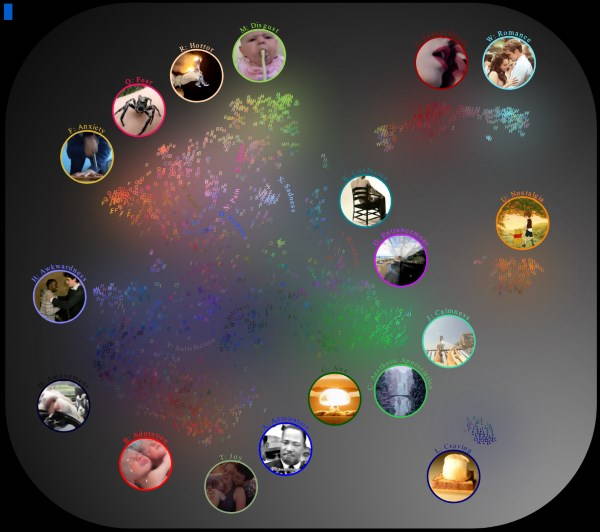 Therefore, the old theory that considers every emotion independent from the others seems to be outdated. On the contrary, the American experiment showed how the 27 emotions identified (it is probable, however, that there are even more) have borders that are not very clear but on the contrary blurred and therefore people easily pass from one state to another.

By analyzing the distribution of the reported emotional states, what we perhaps already knew within us is confirmed: emotions can take on different shades and are interconnected with each other.

Here are what they are the 27 classified emotions:

"Our hope is that our results will help other scientists and engineers to more precisely block the emotional states that underlie moods, brain activity and expressive signals, leading to better psychiatric treatments, a understanding the brain base of "emotion and the technology that responds to our emotional needs," said Cowen.

How many are the emotions of the human being really? Is 27 a number sufficient to represent all the nuances of what we feel?

But here. The most powerful natural antioxidant comes from Patagonia ❯

add a comment of Map 27 emotions of the human being