Lung cancer: here are the microscopic worms that smell tumors before they show up 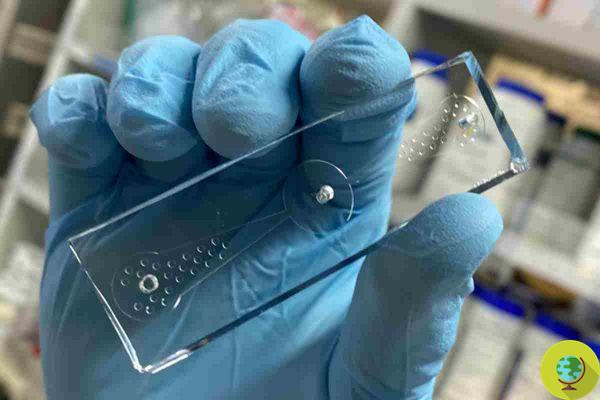 New research has identified a series of nematodes capable of recognizing lung cancer cells, because the latter are characterized by a volatile organic compound with a floral scent.

Dogs are known to be good at sniffing out cancer, but new research shows that even tiny worms can. Scientists from Myongji University in South Korea found that i nematodes they travel to cancer cells because they are attracted to their distinctive smell.


Researchers have put together a basic "worm-on-a-chip" device that could one day help doctors diagnose cancer earlier, non-invasively and more cost-effectively.

Currently, doctors diagnose lung cancer using imaging tests or biopsies, but these methods typically fail to detect cancerous tumors in their early stages - when they are most likely to be treated.

Dogs have already demonstrated the extraordinary ability to smell cancer in human breath, sweat, urine and feces. Instead, the researchers decided to use C. elegans worms, also known as roundworms, which measure just 1mm and also have a highly developed sense of smell. (Read also: Cannabis oil would halve lung cancer: 'Surprising results')

The team designed a chip with a well at each end connected by channels to a central chamber, and placed it in a petri dish.

They added a drop of liquid containing lung cancer cells to one end, and normal cells to the other and placed the worms in the center. After an hour, the team observed that numerous nematodes had made their way to the cancer cells.

Based on their tests, the researchers estimate that the device is about 70% effective in detecting cancer cells.

These, therefore, are attracted to lung cancer cells due to a volatile organic compound called 2-ethyl-1-hexanol, which has a floral scent.

Once this device is perfected, the researchers also plan to proceed with testing of urine, saliva and human breath.

add a comment of Lung cancer: here are the microscopic worms that smell tumors before they show up