Longevity: Scientists identify genes that shorten our lives for the first time 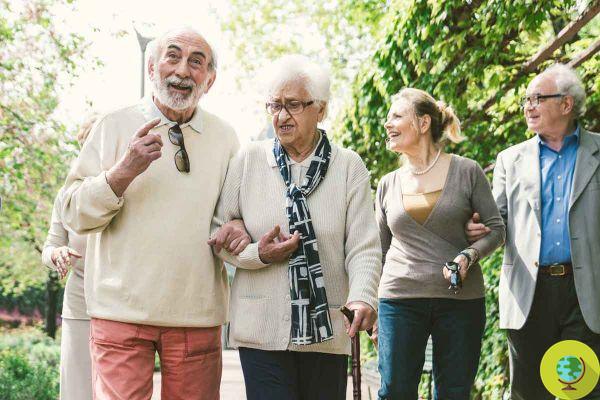 Life span is also written in our DNA, but now for the first time we know which genes could lengthen it

It is not only our habits, but also our genes (and how they work) that determine the length of our life


The duration of our life would be all a matter of genetics: of course, our daily habits - diet, sedentary lifestyle, smoking, alcohol abuse - play a very important role in preventing diseases and disorders, but also our genetic makeup has a great weight when it's about life expectancy. This is what researchers at University College London have discovered, according to which there is a small group of genes that play an essential role in the construction of our cells and which, consequently, can also have a massive impact on human lifespan.

Previous studies conducted on the genome of smaller organisms (such as fruit flies, flies or worms) had shown that the genetic makeup could extend the life of these animals by up to 10% - but until now it was not thought that this could also apply to the people. Instead, even for humans the genetic mechanism is practically the same: inhibiting some genes can increase longevity and ensure a healthy life, relegating the development of serious diseases to a very advanced age.

Until now it was thought that this inhibitory mechanism of proteins was only harmful to humans, since the inhibition of some genes involved in the production of proteins would increase the risk of the appearance of such diseases. ribosopathy (i.e. diseases caused by abnormalities in the structure or function of proteins). However, this is true only up to a certain stage of existence: evidently, in old age this mechanism would have the opposite effect, effectively lengthening the life expectancy.

The researchers studied genetic data collected from previous studies involving 11.262 seniors who lived particularly long lives (all reached an above average age) and found that people with reduced activity genes (those linked to two RNA polymerase enzymes, Pol I and Pol III) had more likely to live a very long life. The beneficial effect of inhibiting these genes is concretely reflected in the formation of abdominal fat and in the health of bones and liver, but also in the prevention of age-related diseases.

Longevity: the secret of the ultra centenarians in Cilento has been revealed ❯

add a comment of Longevity: Scientists identify genes that shorten our lives for the first time