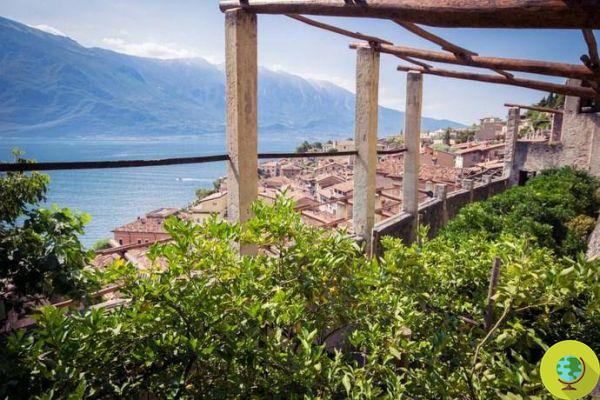 Have you ever thought that living near water could be somehow beneficial? Well, an Australian study revealed that this kind of closeness has positive effects on mental health.

You would have ever thought that live near the water could it be beneficial in some way? Well, an Australian study revealed that this kind of closeness has positive effects on mental health.


Looking at the water of a flowing river, the serenity or on the contrary the agitation of the sea, or even contemplating the placid shores of a lake, are all things that would do particularly well to deal with any psychological discomfort. This is what a research maintains that confirms what those who live near the sea already know: seeing water every day relaxes and, once you get used to it, it is really difficult to part with it.

A team of researchers from New Zealand and Michigan State University (MSU) have found that living within sight of the water, referred to as “blue space,” has real, quantifiable mental health benefits.

The study, carried out in Wellington, a city that hosts half a million residents and is bathed by the Tasman Sea to the north and the Pacific Ocean to the south, collected data on the visibility of blue and green spaces using topographical elements and then comparing them with the information. of the New Zealand Health Survey related to the Kessler psychological stress scale (parameter that helps predict the risk of anxiety and mood disorders).

The results were clear. As Amber Pearson, co-author of the study said:

And this would also be true regardless of factors such as the level of health, wealth, age, gender and dangerousness of the neighborhood of residence.

What surprised the researchers the most was that blue spaces had a greater positive effect than green spaces. How come?

“It could be because blue space was all natural, while green space included man-made areas, such as sports fields and playgrounds, as well as natural areas such as native forests. Maybe if we only looked at native forests we could find something different "

However, it is not the first time that research has highlighted how living near water can improve health. A few years ago a previous study conducted by the British University of Exeter evaluated the beneficial effects of the sea on people, finding better health in those who lived near the coast rather than inland.

Being close to the water also makes us happier. Looking at the sea, but also at a lake, a river or a waterfall is a powerful anti-stress for us. There is an interesting book on this subject 'Blue Mind. Mind and Water 'which explains the reason for the phenomenon.

In reality, water is beneficial for us as well as nature in general. Living close to a wood or forest, for example, helps fight stress and regulate emotions. Also in this case it was science to say it.

What do you think? Those who live in big cities or in any case far from water and greenery are really more disadvantaged in terms of mental or physical health?

Living near a forest improves the quality of life, the word of science ❯

add a comment of Living near water improves mental health