Linseed oil is a nutraceutical food, with marked medicinal properties for the health of our body. It is the food that contains the highest percentage of Omega3, polyunsaturated fatty acids essential for cellular functioning.It is also used in cosmetics, as it is a very useful product for the beauty of skin and hair.

L'linseed oil is obtained from cold pressing of the roasted or dried seeds of the flax plant. Already known among the Babylonians 3 thousand years ago, the Linum usitatissimum it is a small shrub that reaches a maximum height of about one meter and produces blue flowers in spring. As the name suggests, it is one extremely versatile plant, which has found use in the most diverse sectors.

Originally used mainly in textile field, since a light fabric suitable for the hot season is obtained from its intertwined fibers, linen has gradually expanded its fields of application. Today it is used in the construction sector as an insulating material, but also in the production of paints, in wood finishing, in gardening and in cosmetics, as well as in human nutrition.

The part of the plant that is used for food is essentially made up of semi, which can be eaten whole, or stone ground to make flour or roasted or dried to extract the oil.

In all cases, whether it is flaxseed, flour or linseed oil, we are faced with a nutraceutical food, that is, endowed with marked medicinal virtues, a real natural drug.

Omega 3 are very important substances for the health of our organism, fundamental in metabolic reactions and for correct cellular functioning. Omega 3, as well as Omega 6, are essential fatty acids, which are not produced by our body but must necessarily be introduced through food.

Of all foods, linseed oil is what it is contains the highest percentage: 57%, against 30% of hemp oil and 8% of soybean oil.

Walnuts, a food very rich in omega 3, contain only 10,4%, as well as fish, traditionally considered a privileged source of these fatty acids, which at most contains percentages of less than 3% (mackerel fillet 2,6 %).

Another important feature of linseed oil is its own optimal ratio between Omega 3 and Omega 6 fats, which are usually more common in foods and therefore more easily assimilated by our body.

The nutritional characteristics give linseed oil remarkable therapeutic properties, including:

In addition to the important therapeutic virtues, linseed oil has remarkable cosmetic properties for skin and hairthe. In particular, when applied to the skin, it has:

On the hair, on the other hand, practice: 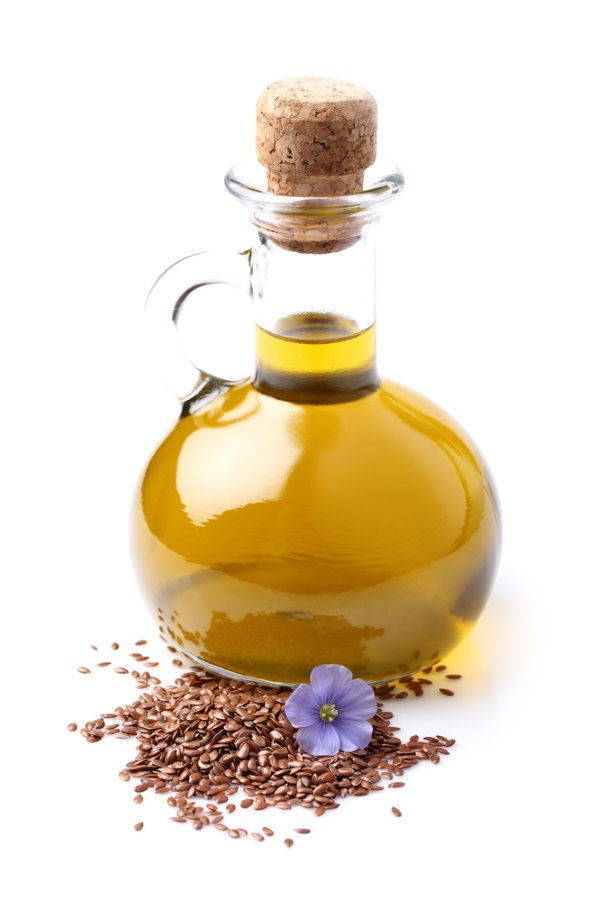 Warnings: how linseed oil must be produced

In order for linseed oil to fully carry out its beneficial action, it is necessary that in the production phase some quality standards.

This applies to both food use and cosmetic use, but clearly the quality of the oil is essential especially if it is intended for food. Otherwise we run the risk of ingesting empty fats, that is, rich in calories but lacking all the nutrients that are beneficial for our health. Linseed oil must be:

How linseed oil is preserved

The substances that make this oil so precious are the same ones that make its own rapid rancidity and its extreme degradability. Linseed oil, in fact, tends to quickly lose its organoleptic properties. It must be stored in containers of dark glass, hermetically sealed and, once opened, stored in the fridge at a temperature of approx 4% centigrade.

Exposure to light could alter its properties, while heat is literally bad for linseed oil. When subjected to temperatures between 20 and 40 degrees, it gradually begins to lose its benefits.

Above 40 degrees, linseed oil cannot maintain its organoleptic characteristics and in fact completely loses its therapeutic properties. In this case, it becomes one inert substance, i.e. devoid of active ingredients, and we would not derive any kind of benefit from its possible use in the kitchen. On the contrary, being rich in fat, this oil would provide a high caloric intake not counterbalanced by any benefit.

In these cases, linseed oil can still be intended for other domestic uses, as illustrated below.

Once opened, the pack of linseed oil quickly turns rancid and goes consumed within 30 days.

Linseed oil it is not suitable for cooking and it must be eaten raw. The heat would destroy its properties, while if it is used for frying it can be toxic. It can be used to dress salads or other cold dishes, in combination with yogurt or fresh cheeses, as a basic ingredient in Budwig cream, or mixed with dried fruit to form a paté to spread on the pane.

To cover the daily requirement of Omega 3, it is sufficient to take approx a tablespoon of linseed oil per day.

The dose varies according to the sex and age of the individual, in the sense that it is reduced in younger subjects, while it is maximum in adult males.

Linseed oil is a natural product and a nutraceutical food, that is, with medicinal virtues. But all this does not authorize us to make excessive use of it.

First of all, it is still an oil, or rather one fatty substance which, if ingested in large quantities, inevitably results in weight gain on the part of those who take it.

Second, a cexcessive consumption of this oil can cause nausea, diarrhea, or intestinal gas.

Then there are specific contraindications, or cases in which it is not recommended to introduce linseed oil in your diet. The main ones are the following:

The use of linseed oil in pregnancy is a rather controversial topic. On the one hand, in fact, it has been shown that the alpha-linoleic acid contained in it favors the correct development of the cerebral cortex of the fetus.

On the other hand, although it is not proven with certainty, the excessive use of oil or linseed flour could cause defects in the reproductive system of the fetus.

Therefore, it is good to be very careful ed possibly take this food under the strict supervision of the doctor. 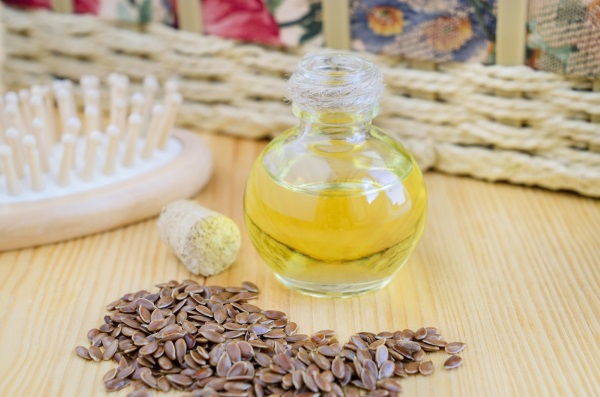 Linseed oil on the skin

As mentioned, linseed oil has nourishing, emollient and healing properties on the skin. It can be used as:

Linseed oil on the hair

It nourishes and restructures them, making them soft, shiny and silky. It also has a disciplining action, able to counteract the frizz effect. We see how to best use it, to take advantage of all its benefits:

If you want to deepen the topic, you can also read:

FLAX SEEDS: properties, BENEFITS AND WHERE TO FIND THEM

LINSEED FLOUR: PROPERTIES, CALORIES, USES, RECIPES AND WHERE TO FIND IT

LINSEEDS: 10 WAYS TO TAKE THEM EVERY DAY

Other uses of linseed oil

As mentioned, linseed oil is a very versatile substance, which can be used in the most diverse fields.

In addition to how nutraceutical food and acting as cosmetic for the beauty of skin and hair, is used in construction, in the paint sector, as a wood finish and in gardening for its anti-parasitic virtues.

In building and architecture, linseed oil is mainly exploited for its qualities of thermal insulation. It is one of the main components of the linoleum, a particularly resilient type of flooring of natural origin.

It is also used in stuccoes and to bind pigments in oil paint.

If it is cooked, linseed oil becomes drying, that is, it tends to solidify, forming a gelatinous patina. It is used as binder for varnishie to finish wood surfaces.

At home, this oil can be used for clean the wood of the parquet or furniture.

Finally, linseed oil can be poured into a spray bottle and used as an insect repellent and pesticide to protect our plants.

Linseed oil, where to find it

It is possible to find and buy linseed oil in supermarkets with a wide selection of vegetarian, vegan and organic products, in organic shops, herbalists and online