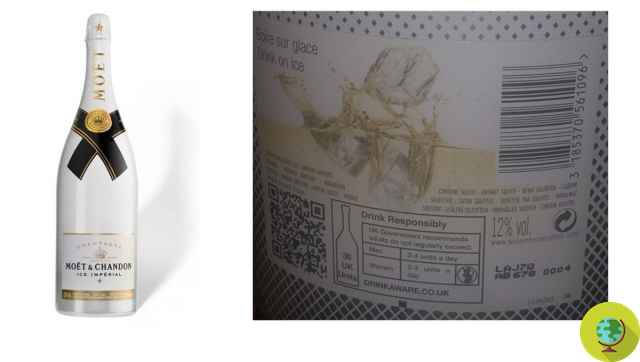 A bottle of “Moët & Chandon Ice Impérial” bought on eBay was fatal for a 52-year-old. It contained liquid ecstasy. Another similar was reported in the Netherlands

MDMA, or ecstasy (or the infamous "love drug") in bottles of champagne. It happens in Bavaria, where in mid-February a man died after drinking Champagne from a bottle poisoned with liquid ecstasy. Seven other people were hospitalized. How to recognize the lot compromise?


The bottle of Moët & Chandon Ice Impérial had been bought on eBay and now the German and Dutch police - a similar bottle has also been found in the Netherlands - are investigating to see if there are others in circulation and to rebuild the distribution channels. . The authorities warn consumers: even a very small dose of the liquid contained in the bottles can cause serious damage to health.

Meanwhile, the Dutch Food Safety Authority (NVWA), which has been warned by manufacturer Moët Hennessy that it still doesn't know how the drug got into the bottles, has issued an urgent warning urging German and Dutch consumers to pay attention. when they consume this type of champagne.

The notice of the Dutch authority refers to the 3 liter bottle of Moët & Chandon Ice Impérial with product code LAJ7QAB678000.

The code can be found on the label on the back of the bottle. Bottles filled with ecstasy are not distinguished from the outside from normal Champagne bottles, but it seems that when you pour the contents of the bottle, some anomalies are evident, explains the NVWA: there are no characteristic bubbles and the liquid has a reddish brown color that it immediately starts to get darker and has a hint of anise.

Binge drinking: Too much alcohol is bad for the heart

Cucumbers: properties, calories, nutritional values ​​and how to use them in the kitchen ❯