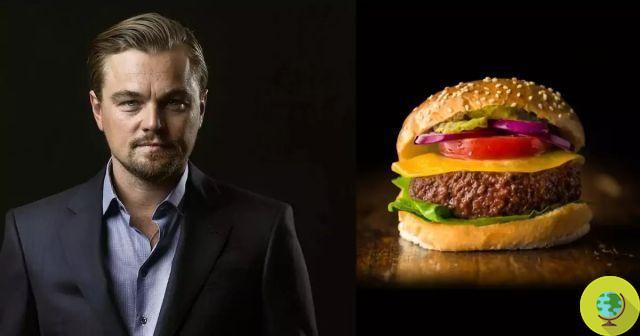 The American actor, now a true activist, has just invested in Beyond Meat, a Californian start-up that sells its 100% vegetable products.

Leonardo DiCaprio's commitment to the environment does not stop. For years he has been intent on making investments for the protection of the planet, during his career he has already financed several companies.


Now, after having already bet on Hippeas, an American start-up that produces vegan snacks, it gives its credit to another vegan brand, the Beyond Meat, a Californian start-up that sells its 100% vegetable products already in more than 11 thousand stores between the US and Hong Kong and which was the first to launch a "veggie burger that looks like beef", The Beyond burger.

Fortunately for us, the number of people aware of the fact that consuming large quantities of meat is not very good for their health nor for the planet is increasing. Industrialized animal agriculture is a major cause of climate change and the myriad of greenhouse gas emissions and is the main culprit of mass deforestation, water and air pollution. Without even touching the atrocities that this sector carries out on animals, it is quite clear that the factory production model must change.

Conversely, there are more and more companies that are taking advantage of the opportunity to create a better source of protein for our growing population by excluding animals from the chain. Beyond Meat was a pioneer in the field of plant proteins, producing the first vegan burger which cooks with the same smells and flavors of meat. And the American actor, now a true activist, has just invested in Beyond Meat.

“The transition from animal meat to vegetable meats developed by Beyond Meat is one of the most powerful measures that can be taken to reduce the impact on the climate - says DiCaprio -. The company's ability to create appetizing and healthy meats directly from plants will play a very important role in helping consumers reduce their own contribution to climate change ".

According to the data, Beyond Meat's pea, coconut oil and beet juice burgers save 95% land and 75% water compared to animal meat, cutting greenhouse gas emissions by 87%. .

Knowing the monumental challenges we will face in trying to overcome the looming threats, being able to make a simple choice that can help reduce at least the personal impact, such as buying - or making at home - a veggie burger, is a great way to start making a difference!