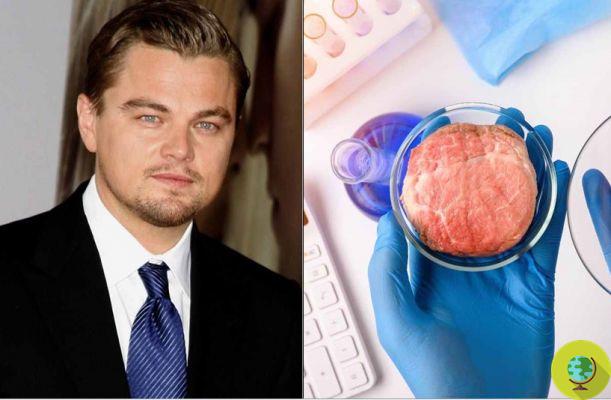 Leonardo Di Caprio announced that it has invested in two leading cultured meat companies. The goal is to fight the climate crisis

Leonardo Di Caprio has repeatedly made himself the protagonist of important initiatives in favor of the environment. This time it intends to help change the global food system with the aim of fighting the climate crisis. How? By investing in cultured meat or synthetic meat.


The heavy environmental impact of intensive meat farming is now well known and many are already convinced that in the future we should increasingly use synthetic meat, a food produced in the laboratory. Of this opinion is also Bill Gates who spoke about the future of cultured meat in an interview a few months ago. Read also: Synthetic meat: should rich countries eat it 100%? And where are we really?

Now Leonardo Di Caprio has decided to support the work of companies economically, but obviously also with his image Aleph Farms E Kind Meat, effectively investing in cultivated meat with the aim of reshaping the global food system and fighting climate change.

Now these companies have announced that they have on their side an exceptional investor like Di Caprio who, regarding his choice, declared:

One of the most effective ways to combat the climate crisis is to fundamentally reshape our global food system. Mosa Meat pioneered a cleaner, gentler way of producing real beef with the world's first farmed beef burger in 2013. I am honored to join them as an advisor and investor as they now prepare to bring meat to the market. bovine cultivated for all those who yearn for change.

Proud to be an investor in sustainability companies @mosa_meat and @AlephFarms. Transforming our food system is one of the most impactful ways to combat the climate crisis. https://t.co/dqeZq1oCDA

Considering the forecasts of the FAO which estimate, by 2050, an increase in meat consumption between 40% and 70%, the variant grown in the laboratory offers the possibility of limiting the negative impacts of industrial production of beef, without requiring changes. behavioral at the level of consumption.

A change in eating habits, in fact, while desirable, seems to be more complicated, as confirmed by the largest survey on climate change ever conducted. In fact, this has shown that even the most environmentally conscious people do not seem to have much intention of giving up meat. (Read also: We are willing to do anything to save the Planet, but not to give up meat ...)

Cultured meat, therefore, could be a solution. This food is in fact grown in the laboratory starting from animal cells, thanks to a technology that produces meat identical to the conventional one at the cellular level but without having to breed or slaughter animals. A nice advantage also on the animal welfare front.

But what are the environmental advantages? As Mosa Meat reports:

Di Caprio's investment has not been disclosed but it is known instead that the actor and environmental activist will also act as a consultant for both companies. A good push is therefore expected for this more sustainable alternative to meat which, however, still has to overcome many challenges, first of all that of costs.