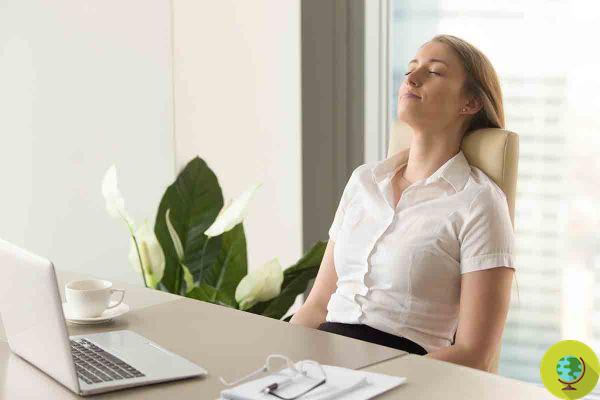 Have you ever heard of polyphasic sleep? Leonardo Da Vinci also practiced it to be more productive

Apparently Leonardo Da Vinci used to rest for about twenty minutes every 4 hours. So he slept about 2 hours and stayed awake for the remaining 22 pm. He was not the only one. Thomas Edison, Nikola Tesla, Napoleon also allowed themselves frequent naps during the day, to maximize the time they had available.


In psychology, the practice of sleeping several times during the day is called polyphasic sleep, a term coined by the psychologist JS Szymanski.

It is a type of rest typical of newborns that over the years is abandoned in favor of biphasic sleep. The latter, common among children, does not include many small naps but two sleep segments, usually one at night and the other during the day.

With adulthood, most people switch to monophasic sleep, so they sleep only once, usually at night, and only with advancing age do we gradually return to ultradian polyphasic sleep, which involves numerous naps during the day.

Although monophasic sleep is the most widespread and currently the most recommended by experts, polyphasic sleep, of which there are various types (Everyman, Dymaxion, Uberman) begins to be partially re-evaluated. According to the Sleep Foundation, research conducted over the years does not clearly demonstrate its effectiveness, but anecdotal data from polyphasic sleepers suggest numerous benefits.

And all this despite providing a significantly lower number of hours dedicated to rest compared to monophasic sleep. However, there is no shortage of side effects, highlights the Sleep Foundation, from the reduced ability to respond quickly to stimuli during waking hours, to greater sleepiness, from reduced reaction times to various negative impacts on physical and mental health.

The topic continues to be the subject of debates among experts, although at the moment the majority of studies agree that monophasic sleep is better than polyphasic sleep, which however could prove useful in certain circumstances.

add a comment of Leonardo Da Vinci and polyphasic sleep, this is how the genius slept to be more productive