Lectin-free diet: what is it and does it really work? When can it be useful?

Lectin has recently been accused of increasing inflammation processes and causing digestive disorders. But how useful is a lectin-free diet?

Lectin is the new gluten? Present mainly in whole grains, some vegetables, beans and legumes in general, lectin has recently been accused of increasing inflammation processes, causing digestive disorders and chronic diseases and increasing body weight. This has prompted many people to try cutting lectins out of their diets. But is it really worth it? What is lectin and what harm can it actually cause?


Lectin, or rather lectins, are a family of proteins found in almost all foods, especially legumes and cereals. Consuming them frequently and in large quantities is known to damage the digestive tract lining and may be linked to autoimmune diseases.

For this reason we have lately been talking about a "lectin-free diet", meaning that, a bit like a gluten-free diet, we tend to eliminate foods rich in lectins that are considered harmful.

But when can a lectin-free diet be useful? Is it really necessary to eliminate it from the diet? Also in this case, as for gluten, you have to go with lead.

What are lectins and why would they be harmful

There are protein, glycoproteins or lipoproteins, which are part of the plant family of phytohemagglutinins, so called because they are capable of promoting the aggregation of red blood cells. They are found in the seeds of about eight hundred plants, of which six hundred are from the legume family.

Unlike normal food proteins, lectins are not easily broken down by enzymes in the intestine, on the contrary: about 60% remain "biologically active and immunologically intact".
For this reason, they turn out to be potentially dangerous for the digestive tract, having the ability to stick like glue to the villi, microvilli and cells of the small intestine. This is the main reason why an excess of lectins can cause a strain on digestion.

In addition, lectins can interfere with growth hormone and cause a displacement of the "bad" bacterial population of the microbial flora and, consumed with the diet, can get through the damaged intestine into the bloodstream, causing allergic reactions and dysfunctions in the system. immune, coming into conflict with antibodies.

Lectins can also provoke changes in the intestinal flora, including the overgrowth of bacterial species such as E. coli, streptoccocus, and lactobacillus. Although most of the studies have been done with a toxic lectin from beans, the so-called "PHA”, Other lectins act in the same way, albeit less strongly.

Read also: Black-eyed beans: properties, benefits and how to prepare them

So is a lectin-free diet necessary?

In light of these data, therefore, the question arises: is it good to eliminate lectin from one's diet?

What the experts claim is that, in fact, humans in general have no problem digesting most of the lectins. While legumes, such as black-eyed peas, are the main sources of lectins, on the other only if eaten raw (only in this case they have a highly toxic quantity of lectins) they can lead to “poisoning”, the main symptoms of which are abdominal pain, vomiting and diarrhea.

In practice, it is easy to eliminate lectins from food preparation.

And not only that, if you want to try a diet free of lectin, you should avoid foods that contain it. In addition to beans, these include:

Of course, all processed or packaged foods that contain these ingredients should also be avoided. Sometimes they are obvious, like in the case of tomato sauce, but sometimes subtle, like soy-based thickeners.

How to reduce the risk of ingesting too much lectin 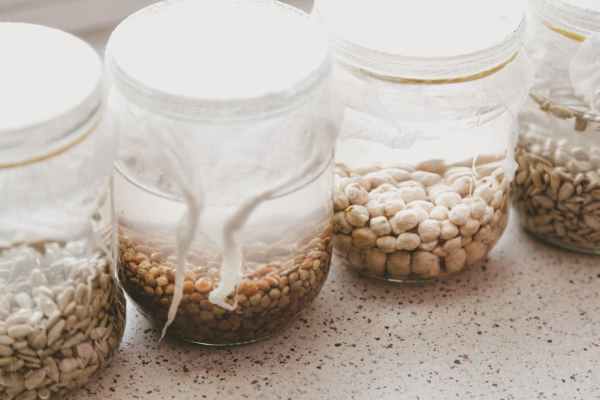 A "Lictin-free" or lectin-free diet is basically a misstatement. Those who have particular sensitivity to the intestine will have to drastically reduce certain foods or eliminate some of them, but in principle they will simply have to be careful to make a varied diet and be shrewd in food preparation.

Excluding that raw legumes are eaten, it is now established that rather one of them cooking drastically reduces the content of lectins.

One method is undoubtedly cook legumes and whole grains for a long time and on low heat, after putting them in soaking precisely to ensure the inactivation of lectins, which are thus unable to cause damage to the intestinal mucosa and hinder digestion and absorption of nutrients.

The risk of toxicity is practically nil only for the lupine which, containing minimal quantities of protease inhibitors, lectins and phytates, can be eaten raw, while, for all other legumes and whole grains, the risk is canceled out only with cooking.

By using these measures and following a diet like the Mediterranean one, practically any kind of fear of the possible damage caused by lectins is eliminated.

add a comment of Lectin-free diet: what is it and does it really work? When can it be useful?