Laughter is as good as meditation. Even to the memory 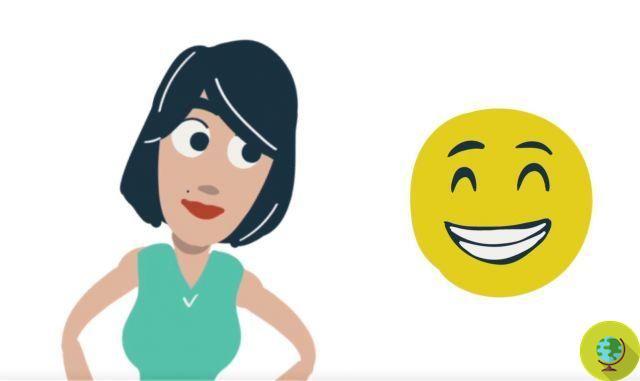 To laugh and more generally keep a sense of humor alive is good for all ages. We have already seen the many health benefits of such a simple and inexpensive gesture as a smile! Today we focus on a particular characteristic of laughter, namely that of being good for the brain, especially for the elderly.


To say it is not common sense but two researches conducted by Loma Linda University and presented at the annual meeting of Experimental Medicine in San Diego, California. Studies have managed to highlight how humor is a real one gymnastics for the brain and have effects benefits equal to that of meditation, thanks to the fact that it manages to make your cortisol level drop (known as the stress hormone) in our body.

Also it has been seen that laughing enhances the interaction between different parts of the brain and, thanks to this effect, one can be more lucid and consequently also the memory benefits, especially where it is most needed, precisely in the case of the elderly who are particularly prone to forgetfulness.

The first research was conducted on a sample of elderly people divided into two groups. One of them was shown a funny video lasting 20 minutes. At the end, through analyzes, it was seen that, compared to the other (control) group who had not seen the video, the cortisol had dropped more. Furthermore, by administering mnemonic tests, it was noted that the performance of this group was better than that of the elderly who had not participated in the video.

The second research, on the other hand, sampled 32 people who were shown different types of videos, not only humorous but also anti-stress and spiritual, at the end of which the participants were then subjected to electroencephalogram. It was thus noticed that, after watching the funny videos, people had higher levels of gamma waves (those that reach every part of the brain and serve to integrate the different functions).

The scientists concluded that: "humor turns on the whole brain, constituting a sort of brain gymnastics that helps the various connections and increases the ability to organize and concentrate". Let's practice it more often then!

- Smiling: 15 Health Benefits. All the power of a smile

- Stress: humor is a training ground for the brain

add a comment of Laughter is as good as meditation. Even to the memory