Labyrinthitis, to intervene on the symptoms it is useful to rely on natural remedies 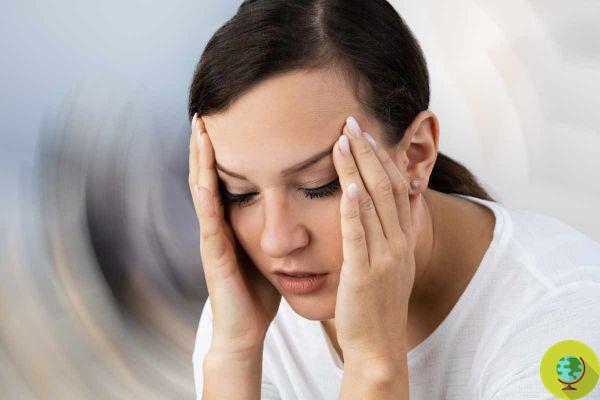 Known as inflammation of the inner ear, or as a consequence of trauma, labyrinthitis can involve only one ear or both, present as a single episode or recurrently.

It can be caused by a virus, but there are still numerous obscure points on the triggering causes, for this reason the answer to the question what is labyrinthitis is univocal and always certain.


The causes of bacterial and viral origin: pharmacological treatments and interesting natural solutions

If the doctor ascertains one cause of bacterial or viral origin of considerable importance, all that remains is to rely on one pharmacological therapy.

It is well established that to limit it state of anxiety and agitation that causes this sometimes disabling pathology, the support of some natural remedies is useful that can corner a whole series of persistent symptoms such as nausea, dizziness, hearing loss, mood disorders and much more.

improve balance, limit stress it is good to exploit thesedative action that give us some plants like the valerian, hops and passionflower.

Where to persist is an obstinate sense of nauseous, mainly consequence of dizziness which often causes labyrinthitis, the use of the ginger root, which we can use in different formulas starting from the herbal tea solution.

To keep i at bay symptoms of labyrinthitis can help diuresis, supported by a consistent consumption of water throughout the day, and by the use of specifications diuretic herbal teas containing parsley, nettle or ortosiphon.

We evaluate the weapon of prevention

There are cases where the labyrinthitis can be prevented, especially where it is a consequence of inflammation of the middle ear caused by flu and colds.

In these specific situations it is crucial to try to decongest the ear, ensuring effective ventilation.

Just one correct diagnosis is able to ascertain the full-blown presence of a pathology such as labyrinthitis, however not before having undergone a visit to a specialist such as the otolaryngologist, who may require specific tests such as an MRI or a CT scan. Your doctor might also consider doing a cold water calorie test, or an audiometric test.

Among the possible symptoms of labyrinthitis we find not only dizziness and tinnitus, but also hearing loss, balance disturbances, headaches, nausea, vomiting, anxiety, fever, general malaise, lightheadedness and even posture problems.

Investigating the possible causes you can have to do with different types of labyrinthitis, in detail:

add a comment of Labyrinthitis, to intervene on the symptoms it is useful to rely on natural remedies