Koumpounophobia, the uncontrollable fear of buttons: what it is, causes and symptoms 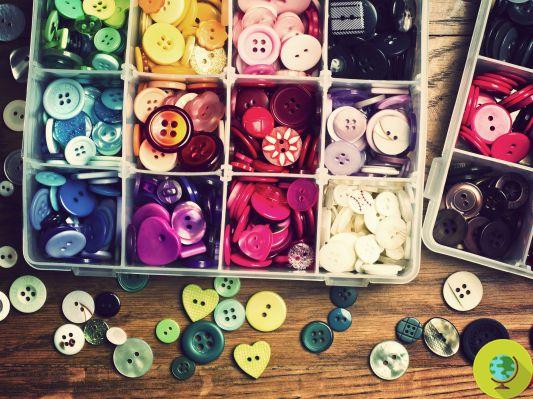 When you see buttons, do you feel indifference, pleasure or aversion? Strange to say, ordinary buttons even arouse fear and disgust to some. In this case one speaks of koumpounophobia, the phobia of buttons, so incapacitating as to force those who suffer from it to avoid them in all possible ways.


Not at all easy since buttons are practically everywhere, first of all on the clothes we wear every day. The phobia, actually quite rare, made headlines in 2007 when the Wall Street Journal claimed that Steve Jobs also suffered from it.

It is called Koumpounophobia and is the phobia of buttons, widespread among children but also among adults. Rather rare, very unusual, but real.

Those who suffer from it feel fear, aversion, disgust or hatred for buttons, for some types in particular, to the point of not being able to touch them and sometimes not even see them. And so it becomes particularly difficult even to wear clothes with buttons.

The causes can be many, for example it can happen that parents, for fear that children choke by swallowing a button, cause them to be afraid of it.

Or the phobia can occur as a result of traumatic experiences lived (not only in the first person) in childhood, as an experience of suffocation. In other cases it may be due to an excessive mania for control.

The symptoms of koumpounophobia can be different, among them are:

Those who feel disgusted usually associate buttons, especially old ones, with dirt. In this case the phobia could be related to misophobia, the pathological fear of dirt.

Koumpounophobia: how to treat it

As always, it depends on the severity and how much the phobia becomes disabling for the person who suffers from it. In this case it is always advisable to contact professionals who can suggest a possible therapy to deal with the disorder.

add a comment of Koumpounophobia, the uncontrollable fear of buttons: what it is, causes and symptoms