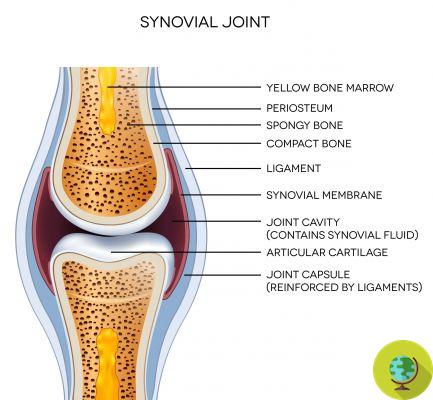 Joint pain, the fault of the changing weather. But is it really so? What often appears more like a popular belief seems concrete instead. And the knees are the part of our body that “feels” the weather changes the most


Articolar pains, the fault of the changing weather. But is it really so? What often appears more like a popular belief seems concrete instead. And the knees they are the part of our body that “feels” the weather changes the most.

The Wolff family of Paramus, New Jersey is there proof. Watching the clouds loom over the horizon, the Wolffs were undecided whether to cancel their long-planned trip to the park. Leora, the youngest of the family then suggested: "Let's call grandma, her knees always know when it's about to rain!", they told the Wall Street Journal.

Leora's grandmother, Esther Polatsek, he began to be sensitive to climatic conditions when he was 20, after a broken foot. Whenever a snowstorm approached, the woman felt a sharp pain. And she was never wrong. Today, at 66 she is suffering from rheumatoid arthritis and whenever the weather is about to change, Mrs Polatsek feels severe burning in her joints.

Over the last few decades, there have been numerous studies on the possible connection between the weather and physical pain, but there are conflicting opinions. While some studies have found inconsistent results after trying to match weather patterns to pain, others say otherwise.

"People's beliefs about arthritis pain and time can tell you more about how the mind and body work," said Stanford psychologist Amos Tversky. In the mid-90s, after comparing the pain relationships of 18 patients' pain with local weather conditions, he concluded that he found no connection.

One thing is certain: scientists are not aware of all mechanisms involved in pain related to the weather, but one of the most accredited theories argues that the drop in barometric pressure often precedes a storm alters the pressure within the joints.

More accurate than forecastni. Believe it or not, in many cases i pains related to weather conditions are even more precise than satellites. It is the case of Bill Balderaz, A 38-year-old suffering from arthritis who last year, during a sunny day, experienced excruciating pain never had before. After a few hours, the Sun gave way to a violent hurricane that unexpectedly shook Ohio and three other states covering 600 miles in 10 hours. The storm took everyone by surprise. Everyone except Bill and his knees.

- Do you feel pain? No drugs, try meditation!

- How to reduce menstrual pain with natural remedies