Kinder eggs: in Ravenna a child hospitalized for salmonella, the Nas investigate 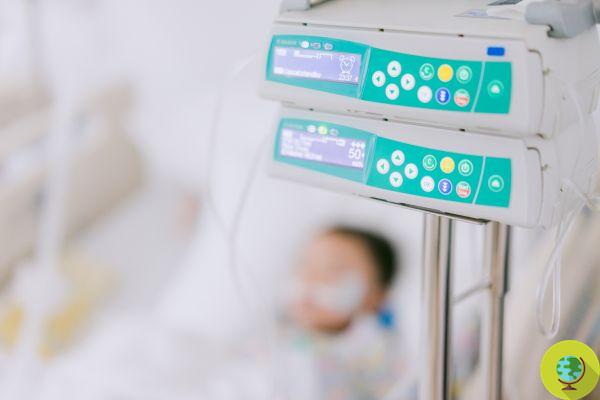 The baby was taken to the hospital by his parents, having accused a whole series of symptoms that would appear after the baby ate an egg from Kinder, a plant in Belgium which was recently contaminated with salmonella.

Concerns are growing in Ravenna for a 12-year-old child who, as reported by the Corriere Romagna which gave the news, would have been hospitalized after eating a Kinder chocolate egg and to which the doctors would have diagnosed salmonella. The child allegedly accused diarrhea, severe abdominal pain and high fever, symptoms that prompted the parents to immediately rush to the PS of the city hospital.


The Antisophistication and Health Units (NAS) of the Carabinieri of Bologna, to which the twelve-year-old's parents turned after the hospital report, took the chocolate egg to perform analyzes and confirm that it may actually be the cause of the sickness of the little one and of his sister who seems to have experienced the same symptoms, but which nevertheless would not have been subjected to medical checks, according to reports from the Corriere di Bologna.

The indicted eggs were allegedly purchased weeks ago in a local supermarket, meanwhile the prosecutor will open an investigation in this case.

In fact, the police are currently investigating the chocolate of the Kinder Ferrero brand which, we recall, is in the spotlight for the salmonella contamination of one of its plants in Belgium, that of Arlon, which has been closed. Meanwhile.

Just recently Ferrero had recalled some lots as a precaution by Shoko - Bons, Kinder Surprise T6 "Pulcini", Kinder Surprise Maxi 100g "Smurfs" and "Miraculous sold in our country, remembering that for all other products there is no health risk.

We have no further comments, except that we await the investigations of the competent authorities "

Eggs without chickens: the project of a Finnish startup to say goodbye to farms ❯

add a comment of Kinder eggs: in Ravenna a child hospitalized for salmonella, the Nas investigate