Talking to lost loved ones and expressing feelings can reduce help. This is why the wind telephone was born in Japan

What if we could even talk to a loved one on the phone who is no longer around? What would we tell her? What sensations would we feel? For many this is a constant thought and, often, an illusion that gives them at least a little serenity is enough for those many.


The feeling of being in touch with loved ones is an imagination created by a suffering heart, true, but that same imagination gives those people the hope of living. And here, clinging to something can, at times, help exorcise a pain.

And talking to lost loved ones and expressing your feelings can also reduce emotional strain. But how to undertake such a path? Even trying to talk to them on a phone. It seems strange and absurd, but from the tragic experience of death and destruction of the 2011 tsunami something magical and surreal was born.

The “Kaze no Denwa”, the telephone of the wind

We are in Japan, outside the coastal city of Otsuchi, on a windy hill overlooking the Pacific Ocean: here is a white phone booth with glass panels, a notebook and a black phone connected to nowhere. That's right: a completely disconnected phone. Since the tragic 9-year tsunami in March, which devastated the Japanese coast of Tōhoku and claimed the lives of nearly 20 lives, thousands of mourners have visited that cabin to "call" their lost loved ones. A way to cope with their loss.

This is the now famous "Wind Phone", the "wind phone" (or Kaze no Denwa in Japanese) actually created a year before the tsunami occurred. Right here, on the hill of Otsuchi, that Itaru Sasaki in 2010 had lost his cousin and had decided to build a telephone booth in his garden, later called Bell Gardia, from where she would continue to "call" him.

Dialing the number of the missing relative, in fact, would have helped him: his words would have been "carried to the wind" as he spoke and, even if no one would ever answer him, they would have transported him into a deeper bond with his cousin.

Then the unthinkable happened. An earthquake, then a tsunami, then a nuclear collapse. The city where Sasaki lived was hit by very high waves and 10% of the population lost their lives in the flood.

It was then that Itaru Sasaki also allowed other people to use that "wind phone" of his, so much so that from month to month his garden became an authentic place of pilgrimage for those who had pain in their hearts. 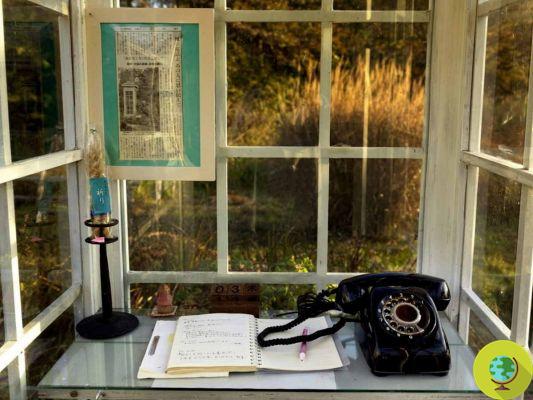 The telephone is, of course, intended as a one-way communication. Visitors dial their relative's number and try to bring out the feelings necessary to move forward. Some find comfort in the hope that their relative will hear them.

Searching for a person who has died through a disconnected rotary phone in the middle of nowhere may seem strange to some, but many believe that precisely these gestures can help face the pain and accept a tragic loss.

“When you hear the sound of the wind, the waves of the sea or the singing of birds, convey your sentiment to your lost loved ones through the telephone,” they write on the site.

The White Phone Booth Connected to Nothing was the subject of a moving documentary created by Japan's national public broadcasting network, NHK, called "The Wind Phone - Whispers to Lost Families", and inspired its creator to write a book. hit titled "The wind phone - What I saw on the phone in the six years since the earthquake"

Last year, the film entitled “The Phone of the Wind”, directed by Nobuhiro Suwa, was also released.

The book by Imai Messina

It is from the garden of Bell Gardia that Laura Imai Messina's new book "Quel Che Affidiamo Al Vento" (ed. Piemme) took its cue, a novel in which all the suffering for a loss translates into a story of rebirth and love , set in one of the "most powerful places of resilience in the world".

Yui is a 30-year-old woman who lost her mother and daughter to the tsunami. On a visit to Bell Gardia, she meets Takeshi, a doctor who lives in Tokyo and the father of a 4-year-old girl who has been silent since her mother died.

Both of them realize that it is time to admit the lack. Both understand that to heal the wounds it takes courage and, when that place is in danger of being devastated by a hurricane, Yui decides to face that strong wind, the one that brings back things that she thought she had definitively lost. 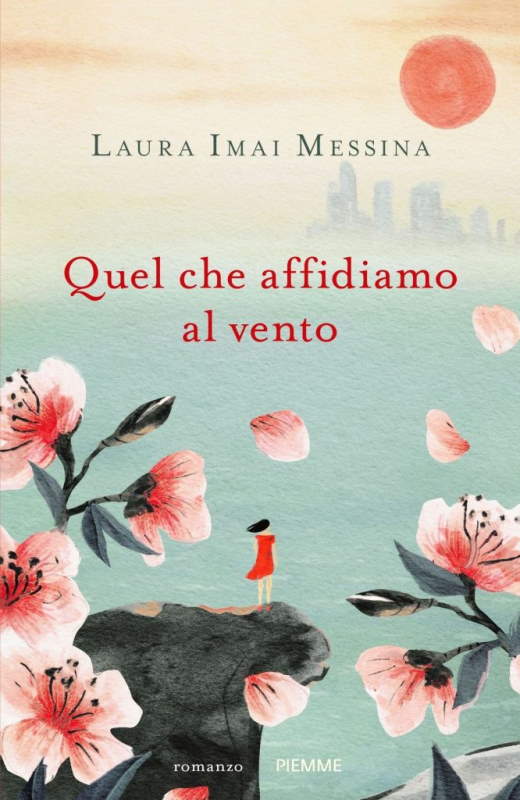 Kefir: good, but not for everyone! Possible damage and side effects ❯

add a comment of Kaze no denwa, the telephone booth in Japan to call those who are no longer there