If you follow the dharma, you will have good karma: it can be summarized in this way the ancient wisdom and doctrine taught in the Upanisads, among the most ancient Indian religious and philosophical texts. But what does it mean? Karma comes from the Sanskrit term karman, which can be translated as "creating something by acting"; in practice, the not necessarily visible part of our actions creates our destiny. Also "Dharma" is a Sanskrit word and means "moral obligation, truth", "as things are" or "as things should be

If you follow the dharma, you will have a good karma: the ancient wisdom and doctrine taught in the Upanisad, among the oldest Indian religious and philosophical texts. But what does it mean? Karma it comes from the Sanskrit term karman, which can be translated as “to create something by acting”; in practice, the not necessarily visible part of our actions creates our destiny. Also "Dharma"Is a Sanskrit word and means" moral obligation, truth "," as things are "or" as things should be ".

The concepts of karma and dharma (which spread in the West especially since the XNUMXth century, thanks also to the Theosophical Society and, later, to the New Age movements) express the cornerstone of Compensation law: what you sow is reaped. There is no escape.

“Every action, every thought, collects the corresponding fruits. Human suffering is not a sign of the wrath of God, or of Nature, towards humanity: it is rather a sign of man's ignorance of the divine law ", he says. Paramhansa Yogananda in “How to create your own destiny”.

Is karma a path with no choice? Yes and no. Rudolf Steiner, in his “Esoteric Considerations on Karmic Connections”, he gives the example of a man who decides to build a house to go and live there; when she is ready he goes to live there. If at that point he no longer remembers that he wanted that house and now he feels cramped inside those walls, the fact remains that, inside his house he will be free to live as he wants, wisely or dissolutely.

Those free choices will not only help build new individual karma but - according to the Science of the Spirit - will also be registered in the karma of the Earth which, in turn, helps prepare the future of humanity. 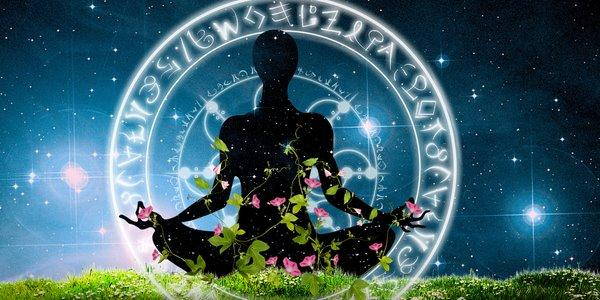 However, not everyone knows that our karma can also come from the futuro. Explains Fausto Carotenuto di Consciences on the Net:

“The individual experiences of life serve to develop our capacity to love and make the Spirit grow; the karma it serves to "compensate" for the actions of the past but a part of the situations we find ourselves in is necessary to prepare us specifically for the tasks that await our soul and our Spirit in this or other lifetimes. It is the same principle according to which a parent does - today - study a foreign language to his child: so - tomorrow - he will have already consolidated a competence that will be useful to him; obviously with karma it is a question of developing, consolidating qualities of the Spirit ”.

“There are waves and there is wind, there are visible and invisible forces. Everyone has these same elements in his life, the visible and the invisible, karma and free will ”: he reminds us Kuan yin, loving Taoist goddess of compassion.

READ also: HOW TO PRACTICE NON-ATTACHMENT IN EVERYDAY LIFE

So, necessarily, it still depends on us: a nice and constructive challenge, right?

Karkadè: benefits, uses and how to best enjoy it ❯

add a comment of Karma and dharma: origin and meaning of the law of compensation