Johnson & Johnson knew that carcinogenic asbestos was in talcum powder, but they hid it for decades 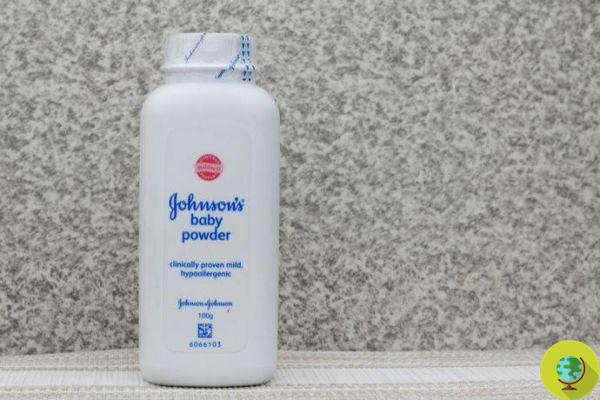 Johnson & Johnson has known for decades that asbestos is present in baby powder. According to a new investigation conducted by Reuters, according to which the company was aware of everything but had kept this information secret from both authorities and consumers

Johnson & Johnson had known for decades that in the baby powder was present asbestos. According to a new investigation conducted by Reuters, according to which the company was aware of everything but had kept this information secret from both authorities and consumers.


A shocking discovery but that is not surprising in light of the numerous convictions rained on Johnson & Johnson's head, accused with its product, of having favored the appearance of various forms of cancer.

For the World Health Organization (WHO) "all types of asbestos cause lung cancer, mesothelioma, laryngeal and ovarian cancer and asbestosis (fibrosis of the lungs)". WHO and other authorities do not recognize any safe levels of exposure to asbestos.

Since it is sometimes present in the earth along with talc, contamination is possible. Reuters tried to go through with the lawyers of over 11.000 people who sued Johnson & Johnson.

On the occasion of various legal disputes, J&J was forced to share thousands of pages of company notes, internal reports and other confidential documents with the plaintiffs' attorneys. Reuters examined many of these documents, as well as testimony from depositions and trials, finding that from 1971 to the early 2000s, the company's raw talc and finished powders sometimes contained small amounts of asbestos. But not only that: company executives, managers, scientists, doctors and lawyers have been working to tackle the problem while keeping health regulators and the public in the dark.

The documents also describe the efforts made to influence plans by US regulators to limit asbestos in talc-based products and scientific research on the effects of talc on health.

The first mentions of the contaminated J&J talc that Reuters found came from a consulting lab in 1957 and 1958. At various times since early 2000, reports from J&J scientists, external laboratories and J & J's suppliers have produced similar results.

In 1976, when the US Food and Drug Administration (FDA) was weighing the limits of asbestos in talc cosmetic products, J&J assured the regulator that asbestos was "not detected in any sample" of talc produced between the December 1972 and October 1973. But at least three tests by as many laboratories from 1972 to 1975 gave a positive result, indicating "quite high" levels of asbestos.

Robert Wood Johnson II, the founder's son and retired CEO, had also expressed "concern about the possibility of adverse effects on the lungs of babies or mothers," he wrote.

Johnson & Johnson, meanwhile, has vowed to appeal against all verdicts and still claims its products are safe. The company's vice president of global media relations, Ernie Knewitz, wrote in an email to Reuters:

"Plaintiffs' attorneys for personal financial gains distort historical records and intentionally create confusion in the courtroom and in the media ... This is all a calculated attempt to distract from the fact that thousands of independent tests show that our talc contains no asbestos or cause. cancer. Any suggestion that Johnson & Johnson knew or withheld information about the safety of talc is false. ”

add a comment of Johnson & Johnson knew that carcinogenic asbestos was in talcum powder, but they hid it for decades