Johnson and Johnson, at the start of historical trial: accused of having triggered an opioid epidemic 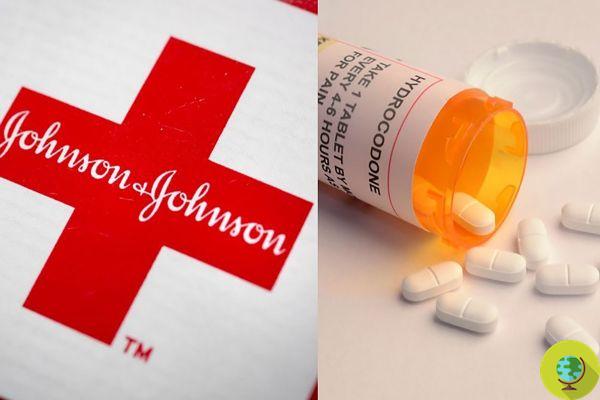 Let's go back to talking about the giant Johnson & Johnson but this time not because of its talcum powder. Now the multinational is accused, along with other companies, of having "peddled" opiate-based drugs as dangerous as drugs, generating a dangerous abuse of these substances that has already caused many victims in the United States.

Let's go back to talking about the giant Johnson & Johnson but this time not because of its talcum powder. Now the multinational is involved, together with other companies, in a historical process, the first of its kind. The accusation is essentially that of  having 'peddled' opiate-based drugs as dangerous as drugs.

In the United States, there is an ongoing health emergency involving some opioid drugs that are being abused. The most serious situation is recorded in Oklahoma and in this state a multi-billion dollar lawsuit was filed, the first to be followed by more than 2000, brought forward by local and federal authorities (some also involve American Indian tribes).

Johnson & Johnson will have to answer for pursuing unfair marketing campaigns that led to dangerous opioid abuse and consequently the deaths of many people in the US. According to the indictment, the multinational has put up "a cynical and deceptive million-dollar brainwashing campaign" to increase sales of its powerful pain relievers.

Other companies that produce these types of drugs, all accused of having prosecuted, also end up on trial incorrect marketing policies which would lead to a veritable opiate epidemic.

The multinational, which we all know because of its talc (which among other things ended up in the dock several times), is part of this trial for the analgesic drugs which produces and markets. Together with other manufacturing companies, but also distributors and retailers of pharmaceutical products, Johnson & Johnson is accused of promoting opioid drugs based on codeine and oxytocine. without explaining to consumers the possible dangers of addiction that their use could entail. This would have indirectly resulted in tens of thousands of deaths in recent years.

To understand how serious the opioid addiction issue is in the United States, just think that in 2017 there were over 47 thousand deaths from overdose and that there are currently more than 2000 lawsuits filed against various pharmaceutical companies and their opioid medicines.

While two other companies, Purdue Pharma and Teva Pharmaceutical Industries, which should have gone to trial together with Johnson & Johnson, have preferred to reach agreements to avoid it (they have paid out respectively $ 270 million and $ 85 million),  the multinational talc has denied the accusation declaring that they have always marketed their products in compliance with the law.

Thus begins the process which will last about 2 months and will make use of over 200 testimonies and the examination of millions of documents. A process that promises to be historic but which is also a key test to understand whether a state has the power to place the blame for a serious health emergency on the pharmaceutical companies involved, making them pay the damages.

Johnson & Johnson condemned for the second time: for the judges, talc is carcinogenic ❯

add a comment of Johnson and Johnson, at the start of historical trial: accused of having triggered an opioid epidemic