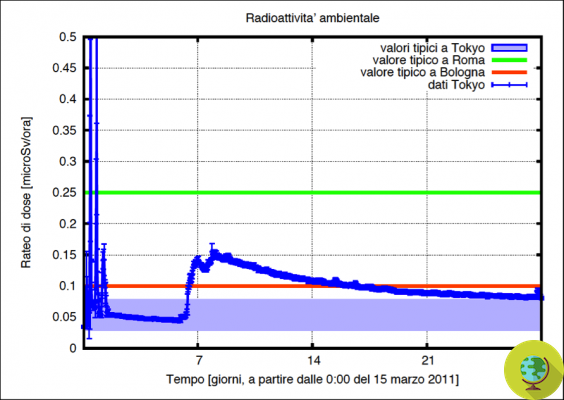 The Japanese have eaten radioactive meat in recent months. In recent days, the Japanese government has announced that it intends to suspend the sale of beef from the prefecture of Fukushima, the area where the nuclear power plant is damaged and therefore most affected by the dramatic consequences of the earthquake of last March 11.

The Japanese have eaten in recent months radioactive meat. These days the Japanese government has announced its intention suspend the sale of beef from the prefecture of Fukushima, the area in which it is located damaged nuclear power plant and therefore more affected by the dramatic consequences of the earthquake of last 11 March.

In recent months, the population had already been warned about the danger of radioactivity in food, following the discovery of toxic substances in vegetables,water and milk products in areas close to those touched by nuclear disaster.

Now, with strong and unjustifiable delays in communicating on the possible dangers for the population, the Government he decided to warn citizens and announced that he wanted to stop the sale of radioactive meat, where traces of radioactivity were found:
"We must guarantee food safety - said the Minister for Consumer Food Safety, Goshi Hosono, after Japan's second largest supermarket chain has admitted that he had sold meat from cattle that had eaten contaminated food - The most likely result is that the shipment of beef will be banned ”.

In fact, Aeon Co, the company that sold the offending radioactive meat to large retailers, revealed that the animals present in the farms in the Fukushima district have consumed del feed containing high levels of radioactive cesium, well above the limits imposed by the government.

But why is it only now coming out? But above all, why did the government - instead of carrying out further analyzes and checks - only bother to reassure the population, inviting them to eat meat in peace for four long months?

add a comment of Japan: Radioactive meat banned only now