Jackfruit: the fruit that could feed the world?

Jackfruit. Anyone who has traveled to tropical countries will surely have tasted it or at least noticed it. It is one of the largest fruits in the world with an edible internal part with very particular characteristics. It is thought that the Jackfruit itself could help fight hunger in the world.

Jackfruit. Anyone who has traveled to tropical countries will surely have tasted it or at least noticed it. It is one of the largest fruits in the world with an edible internal part with very particular characteristics. It is thought that the Jackfruit itself could help fight hunger in the world.

The Jackfruit (Artocarpus heterophyllus), also known as Giaca or Catala, is native to India but is also available in other South East Asian countries. It is a very particular fruit due to its size (it is the largest in the world to grow on a tree) but also for its nutritional characteristics.

Imagine a fruit with an average diameter of about 40 centimeters and a weight of around 30 kilos, this is a jackfruit but consider that there are also larger ones. The shape is oval, the color of the thorny peel is green while the pulp inside is yellow. The taste is sweet and reminiscent of pineapple and vanilla, but once cooked there are those who experience a taste similar to that of porchetta (but in a slightly more exotic version).

Why is it so nutritionally interesting? The fleshy pulp of this fruit contains proteins, potassium, calcium and iron, all essential substances for the body. A single jackfruit can produce hundreds of small yellow bulbs each containing a highly nutritious seed. The fruit itself is a good source of vitamin C, while the seeds are rich in protein, potassium, calcium and iron. But its potential does not end there.

In addition to food, this fruit tree has many other potentials: 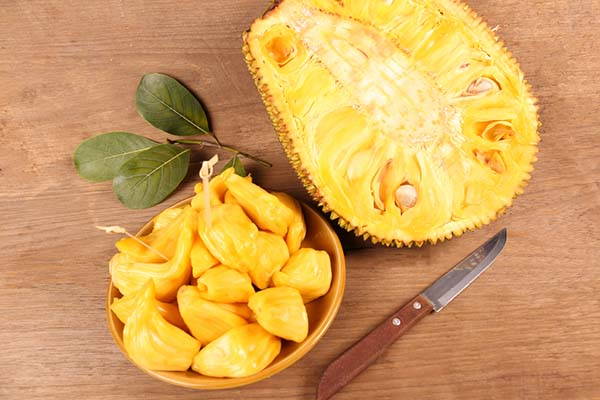 Will Jackfruit Feed the World?

Given the characteristics of jackfruit, and also considering the fact that a single tree each season can produce as many as 150 fruits, this food could prove to be a quality food for millions of people around the world who are currently suffering from hunger or are malnourished.

A single fruit could feed a family for an entire meal. This is partly due to its size, but also to the fact that this fruit can be tasted in different ways within many preparations. It can be eaten both ripe, when it is soft and sweet but also when it is more unripe and looks a bit like a potato.

In Bangladesh and other parts of Southeast Asia, jackfruit is served in dozens of ways. In the form of curry, fruit juice, chips, ice cream and from dried, cooked and ground seeds it is also obtained a flour of considerable versatility in the kitchen.
While millions of families in Vietnam, Bangladesh, Malaysia and other parts of Asia are increasingly using jackfruit on their plates, India remains reluctant. Up to 75% of the fruits grown in this country are in fact wasted as the jackfruit can only be kept for a couple of weeks. 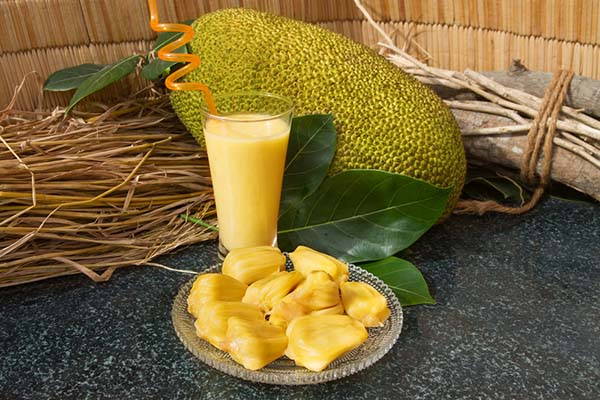 The obstacle to be overcome in India would seem to be a cultural factor, that is the "bad reputation" that jackfruit has of being a fruit of the poor as it grows everywhere in many areas of India and therefore everyone has it available.

However, public opinion should be sensitized to the fact that not only is jackfruit interesting for its nutritional values ​​that make it a precious food especially in areas where there are scarce resources but also for its extra potential that would give work to many people who they currently do not have it. In India, managing a single jackfruit tree could generate a profit of around $ 151 thanks to the versatility of uses: fruit, bark, latex and more. Among other things, these are easy to manage crops because the trees do not need to be replanted every year nor do they need great care.

Will Jackfruit really become a precious resource and help feed the world?

add a comment of Jackfruit: the fruit that could feed the world?