Is the hipster beard a breeding ground for bacteria? 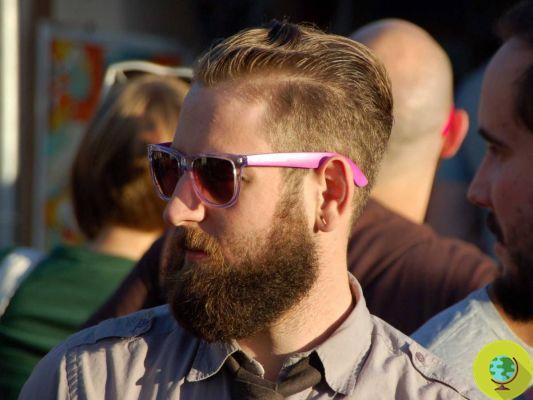 The hipster-style beard hides many pitfalls for personal hygiene, revealing itself to be the cradle of 20 bacteria


Battery a to rain on you barba in stile hipster. That thick beard, even if neat and washed, which follows a particular type of fashion, hides many pitfalls for personal hygiene, revealing itself to be the cradle of 20 thousand bacteria.

This is demonstrated by a study conducted by Anthony Hilton, head of the biology department of the English Aston University, who analyzed surgical masks, precisely to understand if they captured bacteria that fell from the faces of the surgeons and if these bacteria were more in case the doctor wore a beard.

Well, the results revealed that bearded men harbor about 20 bacteria on their faces, much more than shaved men and women.

"A beard harbors more bacteria than a clean-shaven face - says Hilton - even after washing, germs remain a danger to the skin. If you are cold it is easy for Staphylococci, bacteria that cause various diseases, to remain trapped in the hair for a long time. And if you kiss a person, the bacterium spreads “.

But are these bacteria really dangerous to health? On this point, the experts are divided: if on the one hand, specialists in trichology such as Carol Walker sound the alarm by highlighting that the beard can actually make people contract. infections of the skin and transferring germs and bacteria to other people; others, such as Hugh Pennington, professor emeritus of bacteriology at the University of Aberdeen, do not see all these particular health risks.

"The beard as it grows tends to curl and soften and make folds that trap dirt - explains the Walker. Some people have had skin infections caused by scaling or erythema caused by bacteria in their beard ”.

If you have a cold, then, the liquid that drips from the nose can get trapped in the beard and the bacteria can easily be passed on to others, adds the expert.

Bacteria or not bacteria, beard or no beard, it will certainly not be that (fascinating) masculine hair that scares us. If it is true that already alone with a single kiss two people exchange 80 million germs, so what's the point of sacrificing yourself if you want to wear a beard?

Tips and remedies to protect our body from viruses and bacteria

Shaving: the 5 ways to get a green beard

The beautiful legend of the lavender bloom in Provence ❯

add a comment of Is the hipster beard a breeding ground for bacteria?