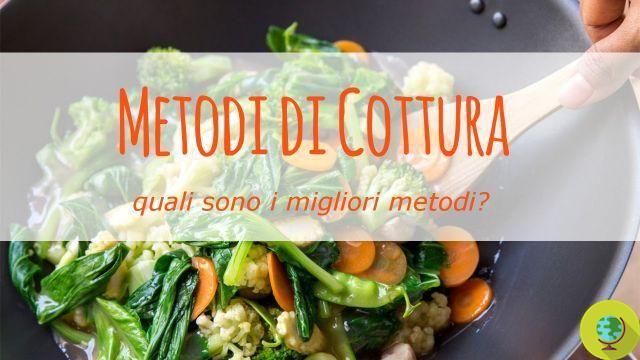 A year ago EFSA had started one online public consultation with the aim of collecting opinions on its scientific document dedicated to the presence of acrylamide in food.

Now EFSA, the European Food Safety Authority, has published its scientific opinion on acrylamide. The opinion represents an update of a previous EFSA assessment of dietary exposure to acrylamide, which dates back to 2011.

EFSA expressed its opinion based on new data on acrylamide levels in food and food consumption. In the opinion of EFSA acrylamide can increase the risk of developing cancer for all age groups.

According to studies on this substance conducted in animals, acrylamide and its metabolite, glycidamide, are genotoxic and carcinogenic: that is, they damage DNA and cause cancer. However, the evidence from human studies that dietary exposure to acrylamide causes cancer is limited and unconvincing.

At the moment, as regards the man, the evidence is limited, but EFSA still remembers that the health alarm concerns all consumers of any age group, with particular reference to children, which are likely to be the largest consumers of products containing acrylamide.

Acrylamide in fact it is present in very common foods also consumed by children, such as fried potato products, French fries stick or crunchy, biscuits, crackers, crunchy breads and soft bread, rusks, as well as in coffee.

What is acrylamide and why is it present in foods? EFSA explains that acrylamide is a chemical that forms naturally in starchy food products during normal cooking at high temperatures (frying, baking and grilling and also industrial processing at more than 120 ° with low humidity).

It mostly forms starting from sugars and amino acids (mainly an amino acid called asparagine) which are naturally present in many foods. The chemical process that causes this is known as "Maillard reaction" and confers on food that typical "toasted" aspect which makes it tastier (but perhaps more dangerous to health).

The Chair of the Scientific Panel, Dr. Diane Benford, said: “The public consultation helped us to fine-tune the scientific opinion. In particular, we further clarified our evaluation of studies on the effects of acrylamide in humans and our description of the main food sources of acrylamide for consumers. Furthermore, recent studies which we became aware of during the public consultation were also incorporated into the final scientific opinion ”.

The problem of acrylamide mainly concerns the cooking at high temperatures. As EFSA explains, once ingested, acrylamide is absorbed from the gastrointestinal tract, distributed to all organs and extensively metabolized. Glycidamide is one of the major metabolites resulting from this process and is the most likely cause of genetic mutations and cancers found in animal studies.

In addition to cancer, the Panel also looked at the possible harmful effects of acrylamide on nervous system, on pre- and postnatal development and on the male reproductive system. These effects, based on current exposure levels, were not considered to be a cause for concern.

According to EFSA, the choice of ingredients, the conservation method and the temperature at which the food is cooked can affect the amount of acrylamide in different types of food and therefore the level of food exposure.

Is food the only source of acrylamide?

EFSA's answer is no. In fact, acrylamide is also present in tobacco smoke, which is therefore a non-food source of exposure for smokers and non-smokers (via secondhand smoke). For smokersi Tobacco smoke is a more important source of acrylamide exposure than food. Finally, acrylamide has a wide variety of non-food industrial uses and therefore for some people exposure in the workplace can occur through skin absorption or inhalation.

Acrylamide in foods and tumors. What risks? How to reduce exposure?
Do French Fries Cause Cancer? Blame the acrylamide

The training of the warrior goddess, to rediscover the power of (her) feminine ❯

add a comment of Is acrylamide in food carcinogenic? Finally, EFSA's opinion arrives