Intensive chicken farming is "feeding" the next pandemic, yet the danger continues to be ignored 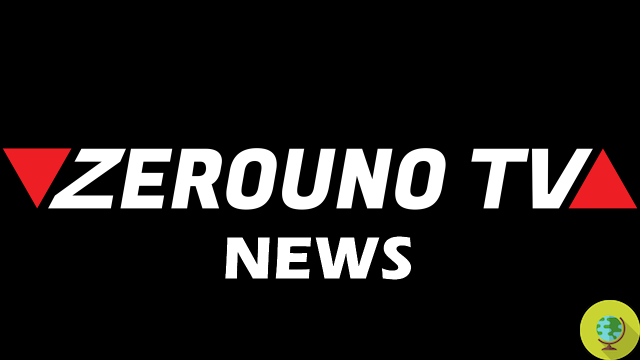 Intensive chicken farms are a time bomb ready to go off. Cases of bird flu are on the rise in Europe

Intensive chicken farms are a time bomb ready to go off. Cases of avian flu are on the rise in Europe, but the risks continue to be underestimated (putting our health at risk)


While we are still struggling with Covid-19, the risk of a new pandemic is around the corner and several experts have warned that it could originate from factory farming, particularly chicken farming. Every year around 50 billion chickens are slaughtered for food worldwide, of which about 70% intensively reared.

And it is precisely these places that are easily transformed into reservoirs of disease. A few months ago, the news of a human case of avian influenza (H10N3 strain) recorded in China dates back to a few months ago. While last December in Russia, in a giant poultry farm in Astrakhan, an avian epidemic (H5N8 strain) occurred, which led to the death of about 100 chickens, while another 900 were culled to prevent the spread of the disease . In Russia, about 7 workers who came into contact with the virus fell ill, although luckily they managed to recover easily.

Yet those recorded in China and Russia are by no means isolated cases. Around the end of last year, the EFSA (European Food Safety Authority) had warned about the probable spread of avian flu on European territory, even in countries not affected by outbreaks. In a note, he explains that in recent times the virus has been expanding across the continent.

“The epidemiological situation of avian influenza in Europe is rapidly changing, with an increasing increase in the number of confirmed outbreaks of HPAI virus, subtype H5, in wild birds and domestic poultry in Germany, the Netherlands, Belgium, United Kingdom, Ireland, Denmark, Sweden, France, Poland, Croatia and Slovenia ", reads in the EFSA communiqué, dated late last year.

Read also: Intensive farming has caused most of the infectious diseases. "We risk other pandemics," experts warn

The risk of a global pandemic is just around the corner

In October 2020 alone, over 300 cases were reported in Belgium, Denmark, France, Germany, Ireland, the Netherlands, Sweden and the United Kingdom. Most cases have been found in wild birds, although there have been some occasional outbreaks in poultry.

What worries experts is the possibility that the virus can mutate into a highly infectious form for humans and that it can easily spread from person to person. And, as the ISS also warns, this mutation could mark the beginning of a global epidemic (pandemic).

They know each other at least fifteen subtypes of influenza viruses that infect birds, although all highly pathogenic influenza epidemics have been caused by type A viruses of subtypes H5 and H7. - explains the Istituto Superiore di Sanità - The viruses of the H9 subtype are usually low pathogenic. Depending on the type of protein combined with the virus (from N1 to N9), the virus acquires a different name (H5N1, H7N2 etc.). All type A influenza viruses are known for genetic instability, as they are subject to numerous mutations during DNA replication and lack correction mechanisms. The phenomenon, defined as "genetic drift", generates changes in the antigenic composition of these viruses.

In short, the risk of a global pandemic is not science fiction. And as is known in the news, between 2016 and 2017 about 300 people died after contracting the H7N9 strain.

Given that the H5N1 virus is now stably endemic in large regions of Asia, the risk of more human cases is there. - clarifies the ISS - Each additional human case will give the virus the opportunity to improve its ability to transmit itself between humans, and therefore to become a pandemic virus. The recent spread of the virus to chickens and wild birds in other countries increases the likelihood of human cases. While we cannot predict when the next pandemic will occur or how severe it will be, the likelihood of it occurring has increased.

In most cases, zoonotic diseases are united by the exploitation of animals in the name of profit. In particular, poultry farms, where species such as chickens and turkeys live in cages, have long been considered among the most potentially dangerous, real incubators of diseases.

Viruses such as that of avian develop in wild animals, but then make the leap of species usually through an intermediate host (in many cases farm animals, such as chickens).

Scientific research conducted by EFSA indicates that just under half of all human infectious diseases are of zoonotic origin, i.e. they are transmitted by animals. About 75% of the new diseases that have affected humans in the last 10 years (e.g. West Nile disease) was transmitted by animals or by products of animal origin.

The only way to protect our health (as well as animal welfare) is to say enough to intensive farming once and for all.

Lovers of sweets get less fat. The secret in a gene ❯

add a comment of Intensive chicken farming is "feeding" the next pandemic, yet the danger continues to be ignored