Insight and creativity, how to develop them

Creativity and insight, how to develop them. Accepting our inner artist opens the door for us to creative fulfillment.

La creativeness is, basically, one of the ways we have available for participate in the construction of the world. The intention of those who express it can be aimed at the good, the beauty, the well-being of all or, on the contrary, contain in a more or less veiled way "predatory" intentions, of oppression or personal power: the results, of course, will be different both in the work and in the fruits that its sharing will bring.


Our Customers two creative modes: the one that arises from a insight, an illumination that suddenly allows us to understand, to intuit, to know; and one that takes shape from a state of "presence": it is a flowing and being at the same time in the here and now, in connection with one's own Self.

According to psychology, insight is an "unusual" process of mental elaboration that is not formed "by chance"; serve one competence on the subject it's a starting question; therefore a phase of "incubation”(Which can last even just a moment) to put together information that previously seemed unconnected and compare this new data with the notions already possessed.

And it is (only) at that point that "a light bulb" can suddenly turn on: we are in full effect Eureka! also said Aha!. The solution appears immediately clear without having done some logical reasoning by "trial and error". (Ps: the same can happen to animals, as demonstrated by it Sultan chimpanzee who invented a way to grab bananas that were out of reach of the branch he had).

Read also: HOW TO UNLOCK YOUR CREATIVE MIND IN 5 MINUTES

Then there is the creativity that comes from one deep, inner connection with one's own Self: in this case it is an image that is formed first in thought and then - almost always in a meditative state, "without thought", of pure presence - it becomes a gesture, a productive act. As can happen to a painter who paints by entering into resonance with the colors and the canvas. We come out of reasoning, of judgment, we are in the here and now of the action, in relation to what we are doing.

But that's not all, of course. When formal skills and authentic connection come together, no matter if consciously or not, you can access "superior" contents: Brahmss, for example, told a biographer that when he got the inspiration for his most famous compositions,

“The ideas come upon me straight away, directly from God, and with my mind's eye I not only see the themes distinctly but they are dressed in suitable forms, complete with melodies and instrumentation. When I find myself in these rare and inspired moods, the finished product reveals itself to me one line after another ".

In the text Higher Creativity, a comment by Goethe about his Werther is reported: "I wrote the book in a state of almost unconsciousness, like a sleepwalker, and I was amazed when I realized what I had done". And what about Descartes, the man who laid the foundations of modern rationalism? On the night of November 10, 1619, images appeared to him three times in a dream and he understood that "he was the person destined to reform knowledge and unify the sciences, and that his reflections of the previous months on knowledge were to become a new method for discovering scientific truth ". 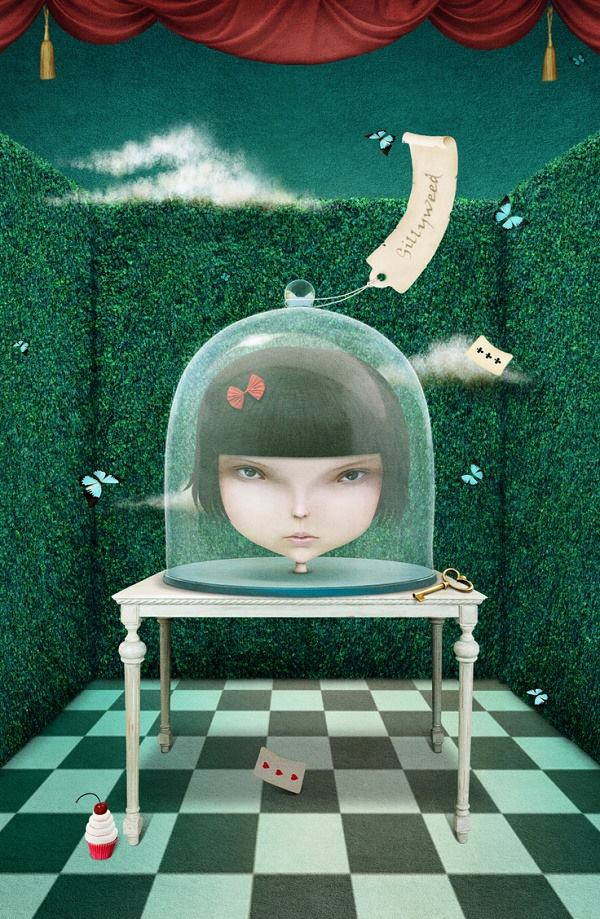 Of course, those mentioned are names of special personalities but each of us can nourish, train his own creative skills. In summary: they serve theoretical and practical skills (difficult to become Brahms if you don't know the notes or don't know how to play an instrument); you can get help from techniques that allow you to overcome obstacles and resistances produced by the mind conscious as the relaxation, il lateral thinking, expressive practice free from judgment (for those who want a structured do-it-yourself path, Julia Cameron's The Artist's Way will be a perfect guide: 12 weeks of exercises, homework, food for thought useful to all).

Basically, however, we need the awareness that, even in each of us, there is a "inner artist"That asks only to be seen, to have its space: if we let it do, it opens and transforms us, it makes us productive and capable of works that we never imagined, and it does so also through the inspirations that come to it from Heaven (as well as the unconscious, in short). It's just a matter of getting started; even now.

Insomnia: 10 Things That Happen to Your Body When You Don't Get Enough Sleep ❯

add a comment of Insight and creativity, how to develop them