A new type of optical illusion allows us to discover how the human brain manages to connect the points by creating luminous lines that do not exist in reality.


Is called 'Scintillating Starburst'and it is a particular new optical illusion created by a team of psychologists from the University of New York, who have used it as a stimulus to better understand the behavior of our brains and visual perception.

The name evokes the illusory rays that the eye perceives (but which are not there) and which seem to shine and sparkle, just like an explosion of stele (starburst, in fact). The image, in fact, is made up of numerous pairs of concentric polygons of progressively smaller dimensions: the observer can perceive ephemeral rays or lines that emanate from the center of the image and appear brighter than the background to the human eye. .

This research demonstrates how the brain 'connects the dots' and creates a subjective reality in what it sees, highlighting the constructive nature of visual perception. Pascal Wallisch, psychologist and study author. - Studying illusions can help to understand visual processes because they allow us to distinguish the simple sensation of the physical properties of an object from perceptual experience.

The researchers acknowledge that the visual effects of this optical illusion are similar to those that emerged in previous grid-based experiments. However, compared to the hitherto known optical illusions, Scintillating Starburst evokes new effects in the human brain - including imaginary lines that diagonally connect the intersection points of polygons. To better understand how this type of optical illusion works, the researchers involved a hundred participants who observed 162 different versions of the Scintillating Starburst - different in shape, complexity and brightness.

Participants were asked questions about what they saw, specifically about the presence (or not) of brighter lines or rays than the rest of the drawing. From these interviews it emerged that the confluence of many factors - such as contrast, thickness of lines, number of vertices of polygons - counts in the perception of the illusion: in particular, a large number of protruding intersection points leads to thicker imaginary rays and vivid. 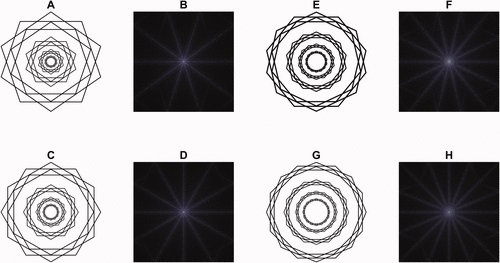 In short, this research illustrates how the brain 'connects the dots' to create its own subjective reality, even at the perceptual level, highlighting the constructive nature of perception.

In Sardinia we want to map the infection before the restart: serological tests even in front of supermarkets ❯