In China, a case of a man infected with H5N6 avian reopens the question of live markets (never resolved) 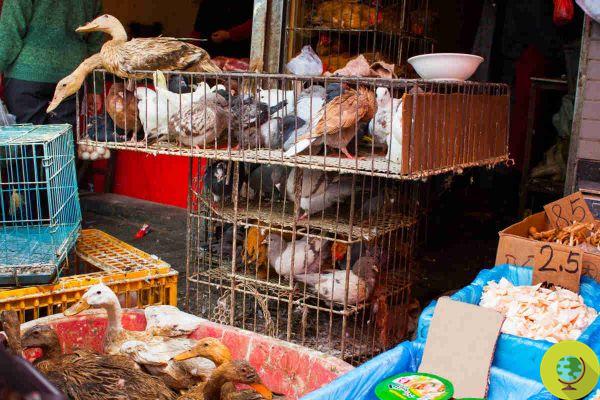 A man contracted the H5N6 avian virus in a live poultry market in China: the problem always arises in so-called wet markets.

A man contracted the H5N6 avian virus in a live poultry market in China. That's right, the problem (almost) always arises there, in the so-called wet markets where animals are slaughtered on the spot. A custom that we will pay dearly and bitterly if a solution is not found.


This time it all started in Ningyuan county, in the city of Yongzhou: here on Saturday 19 December a person tested positive for the H5N6 virus. Now he is being treated in the intensive care unit of a hospital in the same county, where - it says - he is in stable condition but cannot yet be disconnected from the lung ventilator.

Meanwhile, the authorities have suspended the trade in live poultry in all agricultural markets in Ningyuan County and disinfection operations have already taken place.

It seems a scene already seen, the one in which in the wet markets we become infected, they close temporarily and then return to reopen. A dog that bites its own tail, but until we intervene on the true cause of all this, at the base of which is our sick relationship with nature and with animals, we will hardly get out of it. We will periodically find ourselves facing such situations.

Avian influenza is caused by a highly pathogenic virus A (H5N8) among wild birds, zoo birds and poultry farms and H5N6 is a human-transmissible strain of avian influenza caused primarily by contact with live poultry.

The avian cases at this time, however, do not concern only China: also in Japan, a first case was reported in the prefecture of Kagawa at the beginning of November, resulting in the slaughter of about 330 thousand chickens, to then develop later in other prefectures, such as Fukuoka, Miyazaki and Hiroshima.

In South Korea, the coronavirus has "reactivated" in at least 51 discharged patients ❯

add a comment of In China, a case of a man infected with H5N6 avian reopens the question of live markets (never resolved)