In Bolivia, Nature will be protected by the "Law of Mother Earth" 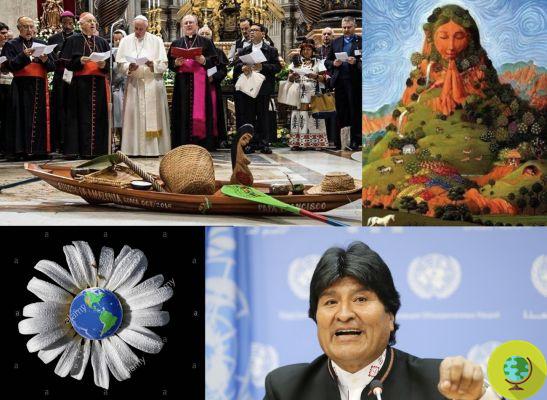 Bolivia is so attentive to the state of health of nature, the use of resources and the consequences of environmental damage that it has decided to discuss a provision, called the "Law of Mother Earth", in which the civil rights of Nature will be recognized to safeguard the environment.

La Bolivia is so attentive to the state of health of nature, the use of resources and the consequences of environmental damage that it has decided to discuss a measure, called "Law of Mother Earth", In which the civil rights of nature to protect the environment.

The debate will take place today at United Nations, based on the Universal Declaration of the Rights of Mother Earth. But what reasons led Bolivia to make such an unprecedented decision?

Simple! Since the ecosystem that welcomes us has an inestimable value on a universal level and since many communities and lobbies they pretend it's not there, or they behave indifferently with respect to the care and protection of the environment, the South American country wants to highlight the real value of Nature by putting an official document in black and white, which once it becomes law it will force everyone to respect the rules of Mother Earth.

But if we dig a little deeper, we find that Bolivia is by no means new to this concept of respect and defense of Nature, because the local law is deeply influenced by the Andean spiritual traditions, which they see in Nature an element of harmonious fusion with man. Nonetheless, many Bolivian cities are progressively turning into arid deserts; hence the decision to take a radical measure.

"Sooner or later - said Patricia Siemen, executive director of the Earth Law Center - it must happen that the environment is guaranteed protection from a legal point of view. It must be a primary interest for men, who are part of the natural world ".

In Bolivia they understood it, and us when?

In Canada the "storm of the century" continues, a state of emergency declared in British Columbia ❯

add a comment of In Bolivia, Nature will be protected by the "Law of Mother Earth"