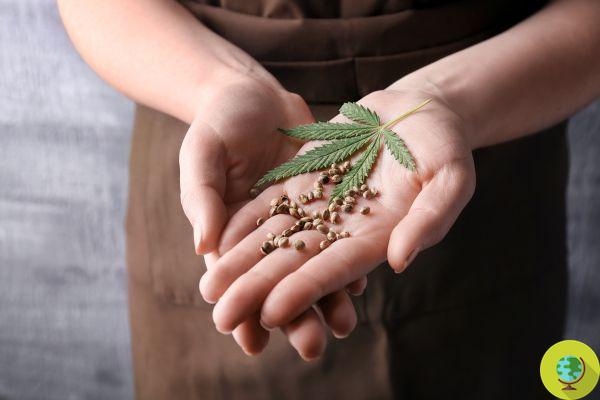 Argentina has legalized the self-cultivation of cannabis for personal and medicinal use and will allow the sale of oils and creams in pharmacies.

Argentina has legalized the self-cultivation of cannabis for personal and medicinal use and will allow the sale of oils, creams and other derivatives of the plant in licensed pharmacies. In fact, in these hours the new decree signed by President Alberto Fernández enters into force.


As stated in El Pais, this is a revision of the law adopted in March 2017 which already authorized the medicinal use of cannabis oils while maintaining the prohibition of "self-cultivation" and the possession of seeds individually or collectively.

The decree, signed by President Alberto Fernandez, aims to allow "access and protection to those who need to use cannabis as a therapeutic tool". Therefore, personal cultivation is allowed for both researchers and patients as long as they enroll in the "National Cannabis Program".

In this nursing home, patients relax and heal themselves using marijuana

From now on, therefore, all people who need to grow cannabis to cure diseases or for other people to do it for them - individually or in association - will be able to do so legally.

Until now, possession of marijuana seeds and plants was punishable without exception under the drug law for up to 15 years in prison. Furthermore, the previous regulation limited the use of medicinal cannabis to a single disease: refractory epilepsy.

"In 2017 they did not regulate self-cultivation and again we were adrift, like criminals who could be sentenced between four and fifteen years," says Valeria Salech, president of the Mamá Cultiva organization who has become a strong advocate of medical marijuana. when she saw the positive effects of cannabis oil on her son, Emiliano, 14, who has epilepsy and is autistic.

????The new regulation of the #CannabisMedicinal law has just been signed, which will allow personal, supportive and collective cultivation, in addition to the purchase of preparations and drugs in pharmacies. Starting today, anyone who https://t.co/nkln1nl02W
.@MCfundadorasArg

Growers must register in the Cannabis Program Registry (Reprocann), which will issue the relevant authorizations.

“Patients will be able to register to obtain authorization for cultivation for themselves, through a relative, a third person or a civil organization authorized by the Guarantor Authority”, the text reads. To obtain the authorization it will be necessary to have a medical prescription and have signed the relative consent.

The regulation does not currently provide for a maximum number of plants per home.

A tax on alcohol and junk food on the way? ❯