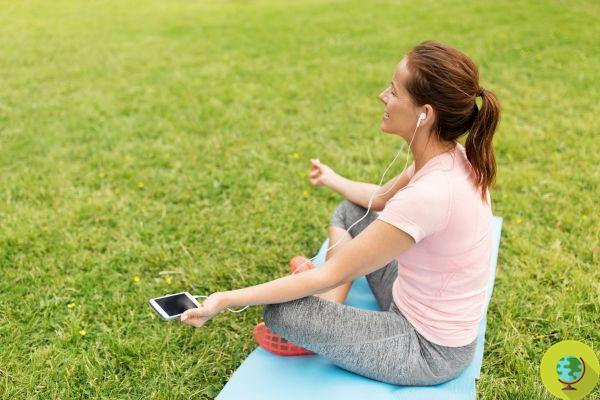 A group of researchers has developed a meditation app that appears to be able to improve attention, concentration and memory in young adults.

THEcaution it is a fundamental cognitive process in all the activities we carry out on a daily basis. A group of researchers has developed a meditation app which appears to be able to improve attention, concentration and memory in young adults.


The importance of attention

THEcaution it is an indispensable cognitive process for brain activity. By attention we mean our mind's ability to select and focus on relevant stimuli, process them and act accordingly. Thanks to attention we can carry out more or less complex activities such as driving, working, studying, playing sports. Over the course of the day, attention clearly varies and you can have gods drops in concentration normal and caused by excessive fatigue, stress or temperature changes.

In absence of attention disorders, we are able to focus again on the stimuli that require concentration, but due to the constant stimuli they are subjected to, the attention of younger people today is severely tested. The numerous activities at school, at work and in private life require a great effort in terms of concentration, because our brain is required to continuously switch from one occupation to another.

Improve attention with an app that helps you meditate

A recent study showed that the digital meditation, i.e. supported by an app, can improve attention in young adults. The study was led by David Ziegler and Adam Gazzaley and tested the use of a meditation app to verify its possible positive impact on attention and ability to concentrate.

The developed app was not released to the public but used in the study and administered to twenty-two subjects between the ages of 18 and 35. The study continued for six weeks in which part of the young people used the app developed by the researchers for a few minutes a day, while another part of the participants used a different app.

At the end of the experiment, participants who used the app were registered improvements in the ability and timing of concentration, memory and learning, also measured by EEG (electroencephalography).

Although in other studies it has already emerged that meditation can improve concentration and decrease anxiety, the same benefits would not have been recorded in the control group who used a different meditation app.

The authors specify that further studies on higher samples are needed to confirm these first data and to evaluate the duration over time of the cognitive improvements recorded.

Meditation: 10 minutes are enough to fight anxiety and increase concentration