Ignoring (not) is the best answer 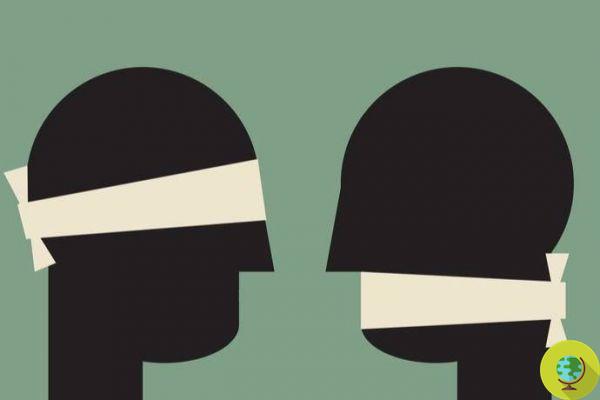 Ignoring is never the best solution. The social, collective and personal, individual values. The matrix of ignoring and the strategy for dealing with difficult situations.

Ignoring is never the best answer in life. Of course, we must agree on the meaning we want to give to the verb “to ignore”: not knowing (for example the causes of a fact, how things went, who is in front of you, etc., etc.) is certainly not helpful.


In no case. Having information is essential in order to be able to make one's own assessments, to be able to have personal thoughts and produce any choices: one's conscience, one's personal freedom is at stake. Better to know.

The matter is not very different even if we consider the verb in the meaning of pretending or showing off not knowing, not seeing. But the nuances of interpretation are more abundant here.

On closer inspection, our company supports the culture of ignoring, in a strategic and functional way to maintain the system. For example: ignore "alternative" searches because they come "from below", from serious professionals but not subsidized by lobbies. Ignore uncomfortable data, trivialize it, ridicule it (instead of seriously investigating it). It ignores the positions expressed by the territory, by the citizens to pursue high-and-other-leased interests. If we look at the mass media, we can often realize how - in the majority - they ignore, do not investigate the authentic facts, but stop to underline others, more superficial and foolish (which make an audience).

Also on a more individual level, the “ignorant” style is quite widespread. A 2017 study from 2017 showed how people tend to deliberately avoid news and information that, in some way, could threaten their idea of ​​happiness and well-being.

It can be ignored because you have personal or collective "strategic goals" in mind that promote material results; one pretends nothing has happened in order to continue to behave in a certain way, which pleases and is comfortable: not knowing allows you not to face the ethical consequences of information, and the related personal choices; or you don't pay attention: those data, that knowledge, even if useful, could make you sick or they are not considered really important. Somehow what is done is "ignore, minimize or distort: ​​so many manage to live well".

If we consider the act of ignoring as a matrix, this could be defined by two variables: the types and the level.

In the levels of ignoring: pretending that there are no alternatives; the possibility of alternatives is admitted but their effectiveness is questioned; the option of providing other avenues for dealing with the situation is not considered; personal skills are ignored out of insecurity or fear of having to act on the opportunities available.

Let me be clear: on a social level as an individual, having all the data, all the information on a specific topic is almost never possible. Even if they did, they would be difficult to manage with all their variables, implications and contradictions: this is an incontrovertible conclusion expressed by scientific research. But it is clear that "ignoring", all the more deliberately, is different from not looking "obsessively" for all, all but all the information on a topic.

And what, finally, about relationships? On the Net, but not only, it is a riot of invitation to ignore those who disturb, those who irritate, those who harm you. Perhaps, at this point, the question that might arise is: is ignoring really a smart possibility, is it really the strategy?

Of course, this is not about energizing, holding on to worries, or constantly brooding over materially, morally, emotionally unhealthy or even harmful situations or relationships. Far from it. But the most useful way, for our personal growth, is to begin to frame them in a different way.

In every event, situation, "difficult" or demanding word that - on any front, in any sphere of life - comes to meet us, in which we are immersed, there is an "evolutionary" reason for us: it can show us parts on which we are "fragile" and, at the same time, it invites us to express new abilities, to "bring out" new qualities of the soul and spirit.

If our interest, our curiosity arises on these aspects useful for our growth, our "empowerment", the act of ignoring is overcome: we do not ignore it at all and, for this, taking into consideration the real core of the " problem ”(thus entering the deeper meaning of the phenomenological manifestation) the level of attention and awareness is moved to a higher level. The gaze widens: it is not ignored but it is included in a broader sense; the negative moment loses its centrality and becomes an element of a painting that has another meaning.

In summary: can you know everything or can you consider, face everything? No. But deliberately choosing to ignore is different. Ignoring produces ignorance and ignored subjects: both situations envisage non-constructive scenarios both on an individual, personal, collective and social level.

Read also: 5 tips to accept defects and not hate your body

Not ignoring is certainly more challenging but also more enriching, stimulating. It makes you live, you participate. Before choosing, an act that is in our freedom and responsibility, we can consider it.

Ikea recalls these pastries for milk not declared on the label ❯

add a comment of Ignoring (not) is the best answer