If you want to start seeing the glass as half full, put aside these 10 habits (plus 1) of unhappy people 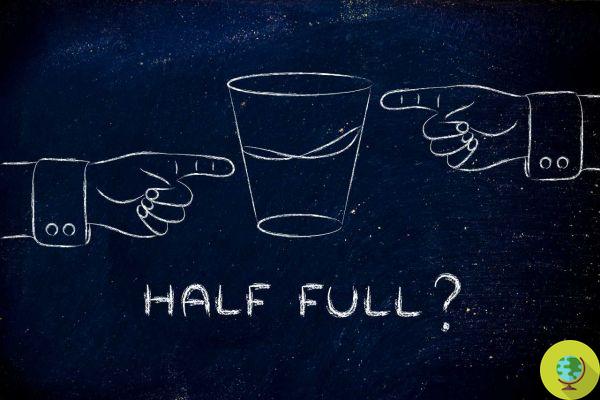 Let's find out the 11 habits that make people unhappy according to some themed research, and how to avoid them.

Let's find out the 11 habits that make people unhappy according to some themed research, and how to avoid them

Unhappiness is not a fault, it is rather a discomfort. We don't have to feel worse than others if we're not comfortable with ourselves or with the world around us. It happens to everyone. And in the most serious cases, such as when unhappiness has gone on for too long, the intervention of a professional is essential.


That said, some habits can make us more unhappy and suggest that something is probably wrong. They are worth keeping an eye on and if possible, try to change them.

According to a themed study, pessimistic people are more prone to depression because tend to pay more attention to negative signs, leaving out the positive elements of the different situations. They also give up more easily in the face of obstacles. Trying to look at things from another point of view, focusing on solutions, might help.

Focusing on negative memories is not conducive to a good mood. And apparently those who are unhappy, according to this Psychology Today article, tend to often remembering negative episodes, excluding the positive ones. The problem is that "the mood determines the memories that come to mind and the memories that come to mind affect the mood". In short, a vicious circle from which it is difficult to escape. How to fix it? Trying to let go of the worst memories, making room for others. Meditation might come in handy.

A low-nutrient diet is not conducive to good mood and is often associated with anxiety and depression, according to a study of adults suffering from depression. Conversely, a balanced and healthy diet helps you feel better mentally too. (Also read: This simple diet mistake is making you more miserable (according to a UK survey)

Being too critical of yourself and others

Unhappy people, as we have said, tend to see everything black and this attitude leads them, at times, to be especially critical of themselves and others, as a study highlighted. But realizing your mistakes and accepting them is important. As well as recognizing the right of other people to live according to their own principles, going beyond judgment.

Give in to addictions

It happens that a state of chronic unhappiness makes people more prone to addictions, primarily from alcohol. Chicago-based therapist Matt Glowiak said that people often drink to cope with depression, while at the same time they get depressed because they drink too much. A very dangerous vicious circle, also because when the mind of a depressed individual becomes depressed, the symptoms intensify. So alcoholism and depression reinforce each other. How to get out? Relying on professionals who can advise you in the right way.

According to an article published in Psychology Today, there are different forms of complaining. One of these belongs to constantly dissatisfied people, who tend to mull over problems and focus attention on the negative aspects. Habit that tends to take root over time. Another form is the release, that is the complaint due to a negative event. The problem is that both types worsen mood, as some thematic studies have shown, by monitoring some people before and after hearing complaints. It was found that the latter made both the people who listened to them and those who complained feel worse. (Read also: How to stop complaining to live better)

Thinking too much is not good for mood, word of the scientists who, in this research, have discovered a correlation with anxiety and depression. The problem is that unfortunately it is a very difficult habit to break. But even in this case, meditation comes in handy, the best weapon to silence the mind and focus on the present (Read also: what happens to the body and mind by practicing it 10 minutes a day)

Postpone all the time

Procrastination apparently causes anxiety, guilt, unhappiness. And according to Eric Jaffe it would be caused by the inability to manage emotions. A counterproductive approach.

The problem is that when we do not cultivate our passions, continually postpone our dreams and give up our goals, we risk not feeling satisfied. And so a terrible feeling of incompleteness and unhappiness creeps into us.

Unhappy people often don't feel like spending time with friends. The problem is that, not socializing, they tend to withdraw more and more in themselves. A vicious circle that is not good for mood, as a study has shown that has highlighted the health risks of social isolation.

Finally, try to cut the sedentary lifestyle! According to a study, there is a relationship between mental health and physical activity. That is, those who do more sports tend to feel better also from a mental point of view. The research, which examined 6.909 adults, found that by increasing their physical activity, mental health was positively affected.

It has been widely demonstrated that 21 days are enough to eradicate a bad habit by replacing it with other habits that are more beneficial to body and mind. You don't have to eliminate them all at once. Focus on the one that affects your life the most right now and start there, the domino effect of positivity will be impressive. (Read: 7 good (and simple) habits that raise your happiness level)

If you want a flat stomach, this is the fruit you should eat every morning ❯

add a comment of If you want to start seeing the glass as half full, put aside these 10 habits (plus 1) of unhappy people