If you have large breasts, you may suffer more from colds and respiratory diseases. I study 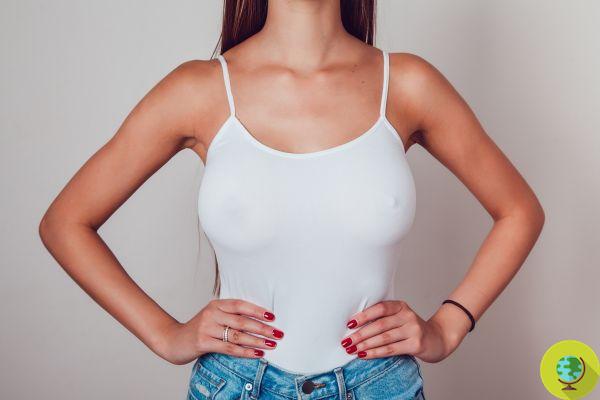 Women with larger breasts suffer from worse colds, an interesting research has revealed highlighting why it happens.

What correlation could there be between colds and breast size? Apparently none, and no one would think of associating them, but some researchers from the University of Warsaw have done so within a broader research on stereotypes related to the female breast.


According to the study published in the medical journal Archives of Sexual Behavior, which examined 163 volunteers, divided into two groups according to the size of the breast, the women with large breasts would suffer from worst colds Compared to others.

The women of the second group, that is to say those with small breasts, in fact suffered from cough and flu, during the analysis period, for 3-4 days, those of the first group had symptoms such as cough, cold and flu for 8 days . Proof that the size of the breasts would be related to respiratory infections, their average duration and the frequency of use of antibiotics, much more used by women with generous breasts.

According to the researchers, this happens because body fat increases the risk of weakening the immune system, thereby increasing the chances of getting sick and making healing more difficult. In addition, there is a hormone in the breast fat cells called leptin, which reduces the body's ability to fight respiratory diseases. And not only that, according to the study, women with large breasts also run a greater risk of contracting type 2 diabetes, due to the hormonal activity of the adipose tissue, and breast cancer, the latter due to the greater amount of tissue. fibro-glandular.

Researchers came to this conclusion under one larger study investigating the stereotypes concerning breast size, through which they found that women and men perceive it in a similar way, generally associating greater reproductive efficiency, sexual desire, efficiency in lactation and female promiscuity with large breasts. In fact, women with large breasts were perceived as less faithful than women with medium or small breasts, and also less intelligent. Stereotypes, in fact!

Beyond this, it was found that women with larger breasts, generally considered "better" from an evolutionary point of view, are still more prone to having infectious health problems. And this is because, as stated, their physical conformation involves problems, for example, a greater cost in terms of development and maintenance of body tissues, and biomechanical effects of the mammary mass.

To prevent colds, according to scholars, women with generous breasts should therefore take more preventive measures than others, taking a correct dose of vitamin C and leading a life that is as healthy as possible.

As for vitamin C, it can be found in the form of supplements or in nature, especially in raw fruits and vegetables. Excellent sources are in particular orange juice and fresh centrifuged. If you have large breasts, it's better to be safe than sorry from now on!

add a comment of If you have large breasts, you may suffer more from colds and respiratory diseases. I study