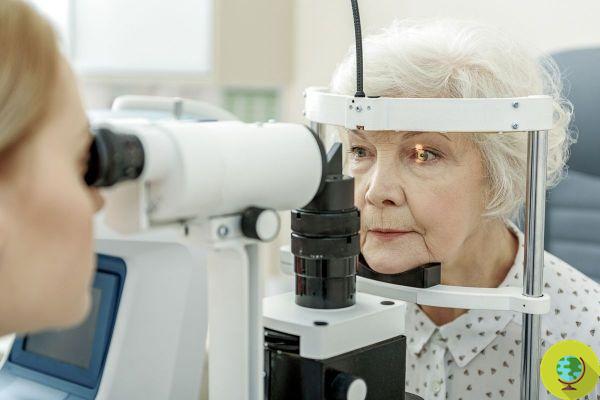 Consuming large amounts of caffeine daily can increase the risk of glaucoma by as much as three times for those with a genetic predisposition to high eye pressure. This is what emerges from a recent international study.

The known risks of drinking too much coffee are already numerous. Now a recent study, led by New York's Icahn School of Medicine at Mount Sinai, is the first to hypothesize a genetic component in the emergence of glaucoma and would suggest patients with a family history of glaucoma to reduce their daily caffeine intake.


We look at the impact of coffee consumption on glaucoma and intraocular pressure (the pressure inside the eye): high intraocular pressure is an additional risk factor for the onset of glaucoma, although other factors contribute to the onset of glaucoma. of the disease. With glaucoma, patients usually do not feel any symptoms until the disease progresses and they lose their sight - glaucoma is the leading cause of blindness in the United States.

The team of researchers used data collected by the UK Biobank (which studies the contribution of genetic predisposition and environmental exposure to disease development) and analyzed information from 120.000 patients between the ages of 39 and 73. Patients were repeatedly subjected to questionnaires concerning their intake of coffee and foods containing caffeine (which foods they consume, what type, in what quantity) and also answered questions related to their vision (including some specifics on familiarity with this. disease).

(Read: The signals your body sends you to tell you that you are consuming too much caffeine)

The researchers found that high caffeine consumption was not associated with an increased risk of high intraocular pressure or glaucoma; however, among participants with a high genetic predisposition to high intraocular pressure, massive coffee consumption is associated with a higher likelihood of developing glaucoma. More specifically, patients who consumed the highest daily caffeine level (more than 480 milligrams per day, or about four cups) experienced a higher intraocular pressure of 0,35mmHg. Furthermore, those with a genetic risk who consumed three cups per day (321 milligrams) have an almost four times higher rate of developing glaucoma than those who do not drink coffee and belong to the same risk group.

If you drink too much coffee, you may experience this unexpected side effect ❯