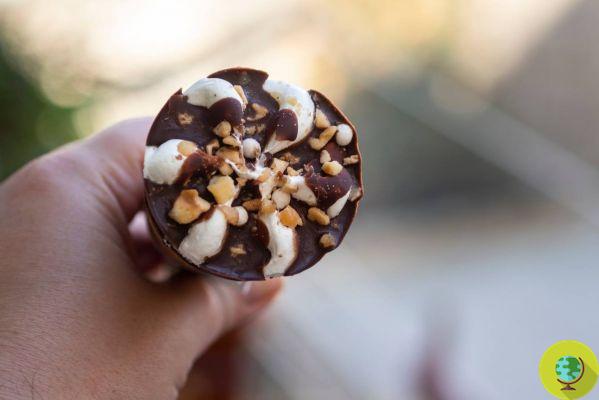 The presence of excessive amounts of ethylene oxide in food has been a cause for concern for a year now. Started with sesame seeds, now it seems that the alert has shifted to carob seed flour, a food additive. And the European Commission is calling for the recall of all foods that contain the contaminated additive.


An increasingly convoluted story that has as its object ethylene oxide in Europe. While up to now it was mainly products containing sesame seeds that were involved, now so are those containing carob seed flour. Just recently this additive has led to the recall of hundreds of ice cream packaged in France. And now there is a possibility that the measures will spread across Europe, after the Commission has ordered the recall of all products that contain the contaminated food additive, also known as the E410 code. In fact, it is not currently possible to establish a level of exposure that is safe for consumers.

Locust bean gum is often used as a thickener and stabilizer in many products, but it is very popular. Just think that we can also find it in jams and even in processed meats and sweeteners. This makes this warning even more frightening given that the food use of ethylene oxide has been banned for years in Europe because this substance is considered carcinogenic and mutagenic.

The Rasff alert and the ice cream story in France

The story is not going unnoticed. On 8 June 2021, the Rasff Rapid Alert System notified for the first time the presence of locust bean gum contaminated with ethylene oxide. Shortly afterwards, some batches of different references (about 100 products in all) were recalled in France, including Laitière, Extrême, Adélie, Twix, Smarties, Snickers, but also private label products such as Picard, Auchan, Leclerc, Carrefour. These were ice creams in tubs, cups, sticks, sorbets or parfaits.

Inside these ice creams host two stabilizers. The first is carob seed flour (E410) for which the French Directorate for the Suppression of Fraud (DGCCRF) has issued an alert which reads:

The analysis of a stabilizer used in the composition of some ice creams, carob flour [E410], revealed ethylene oxide contents above the maximum regulatory limit.

The second substance that presents risks is guar gum (E412). These additives are not only used in ice cream and that is why many products containing these additives have been recalled in France.

The decision of the European Commission

So the European Commission has decided to run for cover. Following the alert, the crisis unit of the EU Commission for food safety and feed met, with representatives of all member states, plus Iceland and Norway, EFSA and the Directorate General for Health and Food Safety (DG Sante). It established that in the impossibility of establishing a safe exposure level for consumers, there is a potential risk to human health.

Member States concluded that, in accordance with the legal provisions set out in the GFL: for products containing the additive E410 known to be contaminated with ethylene oxide (*) it is not possible to define a level of exposure that is safe for consumers and therefore any level to which consumers may be exposed, presents a potential risk to consumers; Consequently, it is necessary, in order to ensure a high level of health protection, that food or feed business operators who have placed such products on the EU market withdraw, under the supervision of the competent national authorities, those products from the EU market and attract them to consumers.

A necessary decision that will certainly have an impact on the market and on European agri-food companies, which may have to withdraw and then dispose of large quantities of products.

Read all of our articles on ethylene oxide