Hydroxyanthracene: Derivatives added in foods and supplements can damage DNA and cause cancer 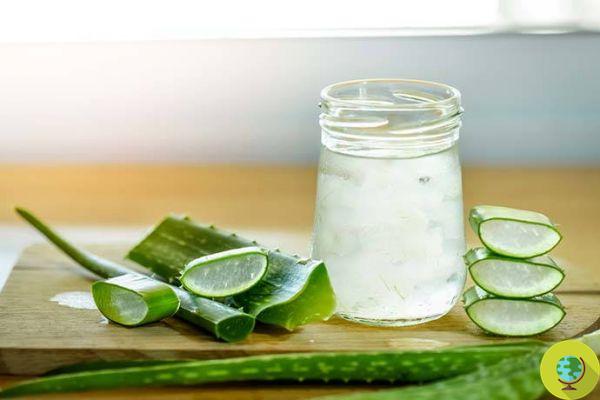 A new EFSA report raises the alarm on hydroxyanthracene derivatives that are added in foods and supplements especially with the aim of promoting a laxative effect of the products. Let's find out better what it is and why it would be dangerous to health.

A new EFSA report raises the alarm on the derivatives ofhydroxyanthracene which are added in foods and supplements with the aim of promoting the laxative effect and which are naturally present in plants such as Aloe. Let's find out what it is and why it would be dangerous to health.


According to EFSA, European Food Safety Authority, some plant substances classified as derivatives of hydroxyanthracene are potentially dangerous as they damage DNA and favor the appearance of some types of cancer. The European authority came to this conclusion after evaluating the safety of these substances added to some food or health products.

In reality it is a new confirmation of something that was already known. In 2013, in fact, the same EFSA had ruled that on the one hand these substances improve intestinal functions on the other, used for a long time and at high doses, could pose a health risk. It was thus decided to address the issue again also following the request from the European Commission to have an opinion on the real safety of use and on the doses not to be exceeded.

Hydroxyanthracene derivatives are a class of chemicals found in nature in various botanical species and used in food or supplements to improve intestinal function by exploiting its laxative effect. They are found naturally in some species of aloe and senna.

What are the risks of using it?

According to EFSA, some hydroxyanthracene derivatives are genotoxic, therefore there is a risk that constant use will damage the DNA, moreover animal studies have led to the conclusion that they could favor the onset of bowel cancer.

The conclusions obtained in the new report are essentially the same as reported in the assessments made by other European and international bodies, including the World Health Organization, the European Medicines Agency and the German Federal Institute for Risk Assessment.

Also in this last report, among other things, despite the explicit request, a daily safety limit has not been established in the use of these substances.

Derivatives of hydroxyanthracene and aloe

As for the hydroxyanthracene derivatives present in aloe, these are:

The one most present (among other things in a variable manner depending on the species of aloe used) is aloin. We can therefore safely continue to exploit the benefits of aloe by taking, for example, an aloin-free juice (there are several on the market). It is no coincidence that this substance is removed precisely to avoid its strong laxative effect which in some cases can be aggressive on the mucous membranes and generate side effects, especially in particularly sensitive subjects.

We can therefore say that a well made aloe juice (unfortunately not the homemade ones in which we do not have the possibility to extract the aloin) contains only low quantities or even no presence of hydroxyanthracene derivatives. Among other things, this, even for curative or preventive purposes, must be taken only for a certain period and not continuously over time.

Hydroxytyrosol: the secret against childhood obesity in olive oil ❯

add a comment of Hydroxyanthracene: Derivatives added in foods and supplements can damage DNA and cause cancer