How to reduce the craving for alcohol? The experiment that revealed what is the most effective activity to stop drinking 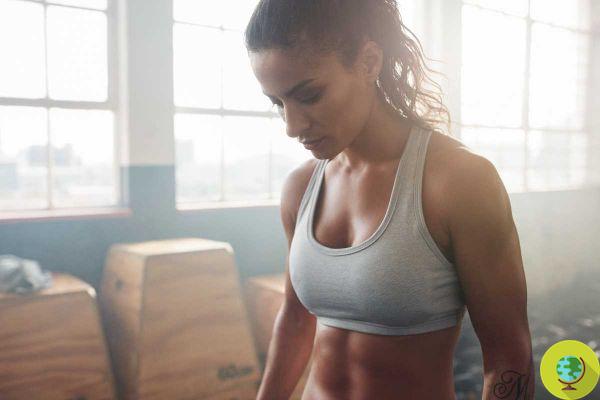 According to a recent study, there is a correlation between physical activity and the desire to drink alcoholic beverages

According to a recent study, there is a correlation between physical activity and the desire to drink alcoholic beverages


A new search which involved 60 students, girls and boys, aged between 18 and 25, revealed how theexercise is capable of decreasing the craving for alcohol. The team of researchers from Loughborough University found that physical activity can significantly reduce the urge to drink alcohol.

The study involved 60 young participants, who were asked various questions related to their habits, such as consumption of their favorite alcoholic beverages. The students were divided into three groups: members of the first had to perform physical exercises for five minutes, each lasting 45 seconds, such as push ups, jumping jacks, squats and sit-ups; the members of the second group had to sit and color a picture book for five minutes, while the members of the third group had to remain totally silent and sit doing nothing.

Furthermore, all participants during the analysis phase also had to follow an online program on alcohol abuse and, during this phase, there was a worsening of their mood and a increased states of anxiety.

The results of the research showed that students who played sports had very little desire to drink alcohol compared to participants who remained passive. Furthermore, the first group also showed a improved mood and decreased anxiety.

The participants who had to color the book, on the other hand, did not report a significant reduction in alcohol craving, but still showed an improvement in mood and a decrease in anxiety, unlike the third group who remained passive for the duration of the 'experiment.

The team of researchers underlined how from the results obtained it is evident that sport and having an active lifestyle can help stop drinking.

How to reduce menstrual pain with natural remedies ❯

add a comment of How to reduce the craving for alcohol? The experiment that revealed what is the most effective activity to stop drinking