How to recognize apparently vegan foods that are actually not 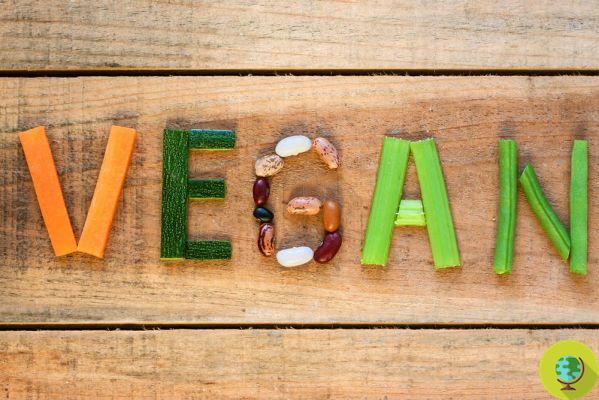 Vegan in a non-vegan world? Password: Attention! For those who are vegan like me especially at the beginning but also when for one reason or another they are faced with new products or never purchased before (perhaps abroad or on vacation) it is really a war or rather it is like being thrown into an Indiana Jones movie ... a continuous search and discovery of everything that contains animal and non-animal by-products!

Vegan in a non-vegan world? Password: "Attention!" For those who are vegan like me especially at the beginning but also when for one reason or another they are faced with new products or never purchased before (perhaps abroad or on vacation) it is really a war or rather it is like being thrown into an Indiana Jones movie ... a continuous search and discovery of everything in it animal and non-animal by-products!

What I have learned is that you always have to pay a lot of attention and never take anything for granted, in fact for the sole fact that according to the common logic a certain product such as bread - which now practically in 80% of cases is never just flour, yeast and water! - must not contain nothing of animal origin then this absolutely does not mean that it does not contain it, on the contrary!

Labels are our best friends and as such we must always give them our attention ... reading them in fact we could discover for example that in chips barbecue flavor the flavor of barbecue is given by chicken fat added to other flavors, or we may find that in certain peanuts unspecified animal fat can be found, and still in beers (especially those imported from England or northern Europe) we could find gelatine (i.e. a substance produced starting from the swim bladder of some fish and their cartilage; today, however, there are mainly jellies on the market, improperly known as isinglass, mainly produced using the pig's rind together with bones and cartilages also of bovine origin) in this regard I found a site where there is a nice list of vegan and non-vegan beers.

One of these products can be white sugar which, in order to be so white, undergoes a manipulation with thel bone char (i.e. a material produced by the carbonization of animal bones) or still another case is given by most of the fantastic red candies on the market or even of some wines or some red juices, all colored products thanks to a red pigment extracted from Dactylopius coccus female but indicated on the label certainly not as "insect juice" but as "carminic acid"Or" cochineal red "and used as a food coloring very often taking the enigmatic name of "E120" or "E124".

It is also often used in make-up and creams so vegan, beware!

But the list gets longer if we pay attention to all those products that have taken hold so much in recent years, namely those "Reinforced" as if millennia of evolution weren't enough to create perfect balances in plants which we then feed on!

If we should or should not use them, I leave the decision to everyone, the fact is that I tell myself that considering that a balanced diet is already able by itself to bring all those substances that one needs what is the reason for resorting to reinforced foods just I do not understand!

In this regard, perhaps it would be good for sustainable agriculture for man and the environment not to concentrate on monoculture crops, abandoning hundreds of ancient horticultural species very rich in flavor and nutrients because with low yields in favor of biotechnological reinforcements (although certainly more prosperous for producers!) thus hoping to have micronutrients, vitamins or fats not naturally present in some products.

An example of products that are not vegan even if they seem so are, for example, strengthened orange juices o supplemented with omega-3s which in fact contain amino acids extracted from fish fat (oil) or products reinforced with vitamin D (generally D3) deriving from the lanolin that is an oil derived from sheep's wool, which is anything but vegan of course.

But still the list of products that certainly cannot enter the shopping cart of a vegan (which perhaps, however, at least in this case, you would never dream of buying since generally a vegan bread is made at home with sourdough and wholemeal flours !) are sandwiches, croissants and baked goods in which the enzyme is used L-cysteine as a conditioner of pasta in sandwiches and many other baked goods, which usually comes from duck and chicken feathers.

Finally then there are those products that, although by definition should be vegetable, such as margarine which is made with vegetable oils, rather than dairy products, is not necessarily vegan as it can often contain whey, casein or even lard, a type of animal fat.

I would like to recommend the beautiful photographic book by Dutch designer and artist Christien Meindertsma "Pig 05049" born from a study that lasted three years during which the 05049 pig is used in the thousands of products in which it is standard (but not in the sunlight! ) find pork derivatives, so the author investigates every single part of it, thus discovering where it really ends up, thus highlighting theomnipresence of animal derivatives in many more products than we believe and the consequent difficulty in being able to avoid them.

In the same way we can focus on the film Earthlings with the narration of Joaquin Phoenix and the music of Moby which highlights the dependence of humanity on animals.

In conclusion, read, read and read the labels but especially if you find products that are vegan but have no clear indication on the package (a green V or a "vegetable" wording) send an email to the manufacturer requesting that this wording be affixed as soon as possible supporting your request by the simple fact that if a vegan finds such a wording, he will certainly buy that product with confidence and it will make positive "publicity" and spread your knowledge, not only to those who are vegan… even so things can improve for a vegan in a non-vegan world.

7 ingredients of animal origin that hide in common products

How to reduce the craving for alcohol? The experiment that revealed what is the most effective activity to stop drinking ❯