How to find out about Alzheimer's with blood tests 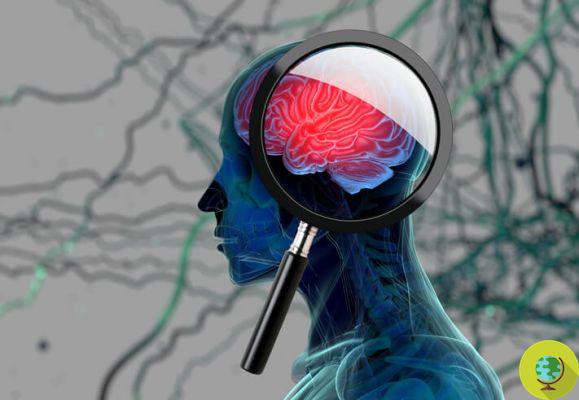 
A early diagnosis could be the key to too delay the onset of Alzheimer's or better still to act in such a way that it does not develop over the next few years. This is the challenge of a group of Australian scientists who came up with one specific blood test to find out in advance whether or not the patient will develop Alzheimer's disease.

Researchers at the University of Melbourne had already figured out that changes can occur in the brains of patients up to two decades before early signs of dementia, identifying them through brain imaging tests.

Now, the new early diagnosis through a 'blood work could predict these changes and a person's risk of developing Alzheimer's much earlier than is currently possible. Up to 91% accuracy.

Scientists studied the genes known as microRNA in small collections called exosomes, from Alzheimer's patients, and compared them to those of healthy subjects.

Andrew Hill, lead author of the research, explains: “In the first part of the study we sequenced 50 people, 23 Alzheimer's patients and 23 healthy subjects, and the others in transition. 16 out of 1.400 microRNAs that were mutated in Alzheimer's patients were identified. So we performed a second study, in cases where we did not know the diagnosis of the participants “.
By examining those 16 microRNAs in the second group of patients, the researchers identified the disease with 91% accuracy.

From brain imaging of these participants, the researchers were then able to establish which ones suffered from the condition and which did not.

The research will help drug companies develop more timely and effective treatments. Hill concludes: "We hope that the tests will also help in clinical trials and verify the effectiveness of new drugs."

Thanks to this test it will therefore be possible, perhaps, in the future, act before the actual disease appears and that could also mean having a great action advantage in hindering it. Meanwhile, it seems that they already follow the Mediterranean diet keep the Alzheimer's risk away for as long as possible. In short, against a pathology like this, for which there is still no cure, it seems that once again prevention is the only really effective weapon in contrast.

Mediterranean diet: keeps Alzheimer's and dementia away better than drugs

Alzheimer's: the fault of pesticides and DDT?