How smart are you emotionally? Calculate your EQ 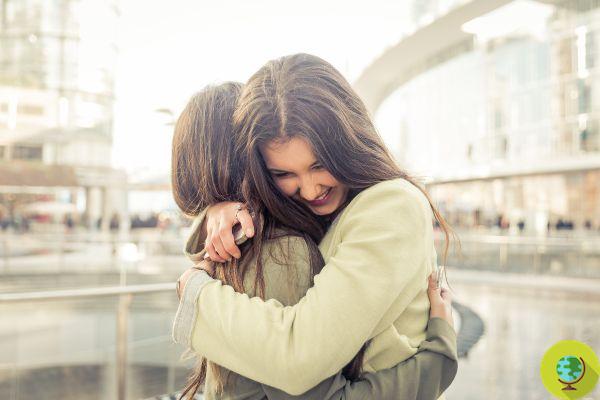 Find out what emotional intelligence is and the difference with IQ. Having a high EQ is important in everyday life and at work, that's why.

Find out what emotional intelligence is and the difference with IQ. Having a high EQ is important in everyday life and at work, that's why.

Il IQ it can have a substantial weight in our society, just think that it often plays a fundamental role in university admissions and job placements. But are we sure that IQ tests are really the only (or the best) way to measure our intellect?


There is another form of intelligence that can give us an alternative view with respect to mental abilities. This is the so-called "emotional intelligence", also known as emotional quotient o EQ. The term defines our ability to recognize, interpret and respond to emotions in ourselves and in others. (Read also: Babies need 12 hugs a day to grow up happy and smart)

Emotional intelligence: what it is

Are you a person who remains calm and collected even in the most distressing situations? Or do you collapse in the blink of an eye? Yours emotional intelligence it has a lot to do with how you react in various situations in life. It is a skill that develops over time, thanks to one combination of genetics and life experiences. Fortunately, it's also a skill that can be learned or improved.

Uno study on the role of emotional intelligence and its influence in various situations, he divided the EQ into three dimensions of emotions:

The first step for understanding emotional intelligence is self-awareness. This involves recognizing one's own moods and the effects on others. For example, if you've had a bad day at work, recognizing this emotion and how it could affect your interactions with others is a step in the right direction. However, simply acknowledging the emotion is not enough.

Our emotions often need a concrete label to articulate our feelings to others. This ability to name and express our feelings is the second step to achieve emotional intelligence skills, which involves successfully regulating and controlling emotions. What does it mean? Being able to handle powerful emotions, such as anger, and redirect them in a positive or healthy way.

How to measure your EQ

Scover and measure your emotional intelligence, that is, your ability to interpret and react appropriately to emotions in yourself and others, is important not only in private life but also in the world of work. In fact, many companies have begun to embrace measuring their employees' EQ as an assessment tool. There are three ways to do this:

I self-report surveys they typically involve filling out a questionnaire, in which participants are asked to rate themselves on a scale of 1 to 5. This method has been under scrutiny in recent years due to overly subjective responses. Self-report surveys can also show biased results, due to respondents trying to match their responses to more socially desirable or acceptable results. (Read also: A cuttlefish passed a cognitive test designed for children)

I polls of other reports instead, they seek feedback from colleagues; these observations are essentially assessments of emotional intellect rather than IQ.

I skill test involve an assessment of skills, based on an individual's response to situational scenarios. These tests are often administered by mental health professionals. There are two different types of skill tests: Mayer-Salovey-Caruso Emotional Intelligence Test (MSCEIT) and the Emotional and Social Competence Inventory (ESCI). The MSCEIT tests an individual's emotional perception and management skills, while the ESCI requires people who are familiar with you to evaluate your emotional and social skills in different environments.

Hence, it is clear that emotions play a key role in overall quality of our life, both personal and professional. High emotional intelligence is a desirable trait because it has various benefits, such as one better communication skills, better relationships and reduction of stress and anxiety.

According to a survey of hiring managers, 75% agreed to rate an employee's EQ more than their IQ. Ultimately, our strength to understand the emotions of ourselves and those around us is a truly fundamental element; the good news is that theEQ is flexible, can change and generally tends to increase and improve with age.

How long will social distancing last, according to the new Harvard study ❯

add a comment of How smart are you emotionally? Calculate your EQ