Horsemeat scandal: photos of rotten and moldy meat destined for the tables

I'm spending rotten flesh out of my house was found by Polish food safety officials investigating the horsemeat scandal. It was in the Irish Silvercrest factory, County Monaghan, which he produced frozen hamburgers adulterated with horse meat per Tesco, Aldi, Co-op and Burger King.

The researchers examined the raw material in early 2013, as part of their official investigation into the food scandal. “Four samples taken from the Silvercrest facility showed the presence of very small traces of equine DNA. In the last 36 hours we have determined that Silvercrest has been using a small percentage of beef imported from an unapproved supplier in Poland. They promised to deliver 100% British and Irish beef burgers and they didn't. This is a clear violation of our specifications and for this we have ended our relationship with them ", thundered a year ago Burger King.

Now the Polish relationship of 30 pages tells us much more, as do the photographs of theto poor quality meat and parts that have turned green or brown. Polish investigators believe it was intended for hamburgers, although absolutely not suitable for human consumption.

“What I saw was clearly unsuitable for human consumption. It was part of a larger game, but I was told the rest had already been used. I asked why the factory managers hadn't noticed that state, but they said they hadn't noticed any problems, ”explains Inspector Katarzyna Piskorz.

But the Irish producer, backed by the Irish government, defends himself: the meat was green and was rotting only because it had been kept for inspection as part of the horse meat investigation. The decomposition, the company claims, would have been caused by waiting and repeated unpacking. 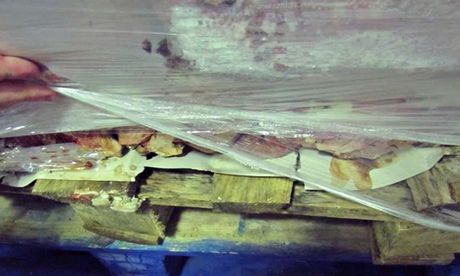 Too bad that the inspectors examined, at the material time, eight pallets of meat stopped at Silvercrest in January 2013 by the Irish authorities who they had been locked in a refrigerated truck. The Poles, therefore, are certain that it was old, green, putrid meat, deliberately mixed with fresh red meat. The meat was labeled with official veterinary marks forged or reused by other shipments.

The photographs would suggest a confirmation of this terrible hypothesis: the hamburger fraud involved not only horse meat, but also meats of different origins and freshness mixed and frozen together right from the start. Indeed, the disturbing question is: why, after three weeks spent at a high temperature, did not all of the meat turn green or brown, while the rest remained red in color?

add a comment of Horsemeat scandal: photos of rotten and moldy meat destined for the tables