Horse chestnut or Indian chestnut is not only an ornamental tree but is also a valuable source of natural remedies. Extracts that are widely used in herbal medicine are obtained from this tall and imposing tree.

THEhorse chestnut o Indian chestnut is not only an ornamental tree but is also a valuable source of natural remedies. Extracts that are widely used in herbal medicine are obtained from this tall and imposing tree.


The extracts obtained from the seeds are mainly exploited from the horse chestnut. The beneficial action of horse chestnut is given by the presence of a mixture of saponins and flavonoids such as quercetin and rutin, substances that are considered very useful for capillaries and veins.

Let's find out what they are the beneficial properties, uses and contraindications of horse chestnut as a natural and herbal remedy.

The horse chestnut as it is used in herbal medicine has the ability to reduce the permeability of capillaries, has an anti-inflammatory effect, improves lymphatic drainage and increases venous pressure.

Horse chestnut extracts have properties that make this remedy useful in the treatment ofchronic venous insufficiency, with particular reference to what happens at the level of the lower limbs. With horse chestnut they can be relieved edema, pain, itching and a feeling of tension or fatigue in the legs.

The horse chestnut also has anti-inflammatory, anti-edematous and anti-exudative properties. As a natural remedy it is recommended for those suffering from varicose veins and also helps to reduce the destruction of vitamin C. Horse chestnut-based remedies increase the resistance and elasticity of the capillaries. 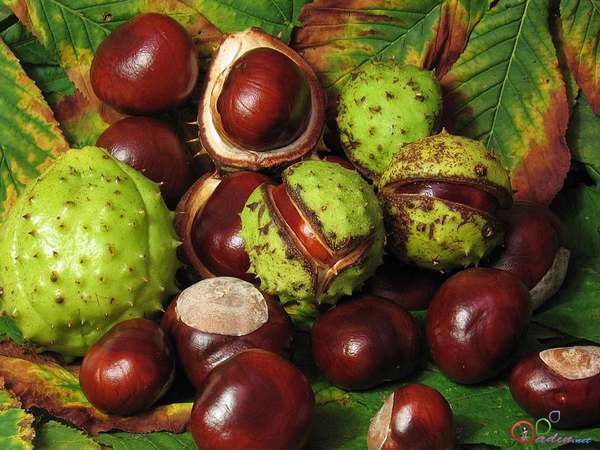 In the past, the fruits of the horse chestnut were used as feed for animals, in particular for horses. Furthermore i semi they were ground to produce a flour or they were roasted to obtain a coffee substitute. Untreated horse chestnut seeds are toxic and the fruits have a moderately narcotic effect. Therefore it is important to choose horse chestnut in the form of herbal remedy more suitable following the advice of an expert.

Let's find out what are the most common uses ofhorse chestnut as a natural remedy.

With horse chestnut extracts, ointments are prepared to relieve the discomfort of hemorrhoids, such as burning and itching. Horse chestnut is also used for the preparation of the homeopathic remedy in granules called “Aesculus hippocastanum 5 CH”.

Il horse chestnut glycerine macerate it is recommended for stasis and venous congestion and for disorders related to poor circulation some blood. It tones the veins and contributes to the narrowing of dilated varices. You can ask your herbalist to prepare the product and advise you on the most suitable methods of use for you.

In case of a feeling of swelling and heaviness in the legs, herbal medicine offers among its remedies mother tinctures, ointments or granular compounds based on beneficial herbs such as witch hazel, butcher's broom, arnica or horse chestnut. Their use should begin just before the arrival of summer, so that the body prepares for the onset of heat and related annoyances. 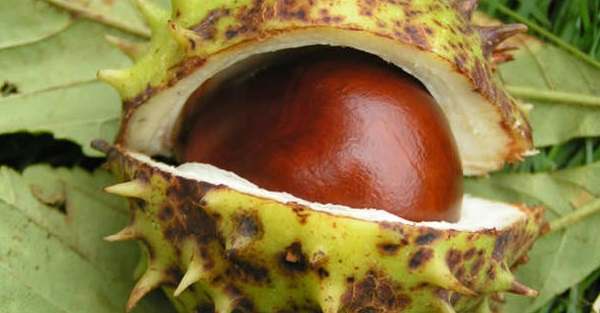 In herbal medicine, horse chestnut is used in the form of ointment to be applied and spread several times a day on the affected areas to relieve bruises and reduce hematoma. Horse chestnut has an anti-inflammatory action and helps blood circulation by promoting cellular repair.

Horse chestnut is one of the Bach flowers (White Chestnut). Horse chestnut as a Bach flower is useful when your mind is cluttered with thoughts you don't want to have. It is about those repetitive thoughts which lead nowhere and which prevent you from concentrating on your work.

Among the side effects of using horse chestnut as a natural remedy we find gastrointestinal disturbances and itching. Could interact with some medications and create problems for those suffering from kidney failure, but it all depends on the type of remedy used. So before starting to take and use any natural remedy, we recommend that you contact your doctor and herbalist to choose the right product and to understand how and when to use it best, with specific doses based on your health problems.

Hypothyroidism: the best foods and tips to awaken the thyroid (with foods to avoid) ❯

add a comment of Horse chestnut: properties, uses and contraindications