High cholesterol: can trigger some types of cancers 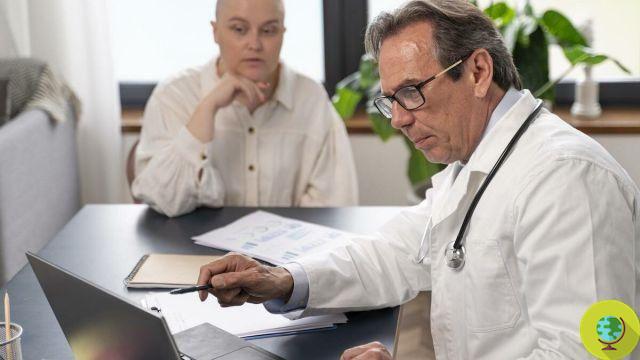 
High levels of cholesterol (in particular LDL) are associated with the appearance of cardiovascular problems and that is why the values ​​of this fat in the blood must be constantly monitored. But now comes the news of a new damaging effect of high cholesterol: it could trigger some cancers.

Therefore the damage is not limited only to the heart and circulation but it would also act at the level of the giving cells a "start" signal for cancer. To be convinced of this are the researchers of the University of Illinois who have carried out a study which describes the link between cholesterol and the Disheveled protein that would be responsible for "turn on", just like it's a switch, some cancers including colon, breast, lung and melanoma.

In reality, what the scientists in this study, led by Wonhwa Cho, proposed was to better understand what cholesterol binding proteins were, therefore the discovery was completely accidental. "Once we realized that cholesterol is able to bind specifically to Disheveled, we became interested in cholesterol as a potential determinant of which of the Wnt signaling pathways (which promotes cell growth and division) is activated. ”Explains Professor Cho.

Cholesterol plays a key role in all this, in fact without it this activation does not occur. This would also explain the fact that “diets high in fat, which increase cholesterol levels, have been linked to a high incidence of cancer. Our research provides a mechanism for [understanding] how cholesterol promotes pathways leading to cancer ”.

The research was published in Nature Communications and scientists are convinced this discovery may be useful for carry out anticancer or cancer prevention therapies.

- Cholesterol: 10 foods to reduce it and keep it at bay

High Cholesterol: This "drug-effective chocolate bar" for lowering it ❯

add a comment of High cholesterol: can trigger some types of cancers