Mosquitoes live in a chaotic olfactory world within which they identify their prey. The credit goes to their antennae, the organs responsible for their sophisticated sense of smell. Until now, it was not known exactly what a mosquito was attracted to, but a new study has found it using a pair of socks that are not exactly scented.

Mosquitoes live in a chaotic olfactory world within which they identify their prey. The credit goes to their antennae, the organs responsible for their sophisticated sense of smell. Until now, it was not known exactly what a mosquito was attracted to, but a new study has found it using a pair of socks that are not exactly scented.

Irony aside, the experiment is serious and the study seeks to shed light on these mechanisms to try to reduce the number of children affected by malaria.

Researchers found that infants infected with the Plasmodium malariae parasite produced particular odors through their skin that made them more attractive to children. mosquitoes compared to uninfected children.

The study, led by researchers from the London School of Hygiene & Tropical Medicine, Wageningen University & Research, Rothamsted Research, International Center of Insect Physiology and Ecology and Cardiff University, first identified this unique chemical footprint, opening up the possibility of developing a system to attract mosquitoes away from human populations.

The research looked at a group of students in western Kenya giving them a pair of socks to wear at night. That way they would have time to absorb their body odor. The researchers found that the Anopheles mosquitoes were much more attracted to socks children with malaria and were less interested in the socks worn by the children who had been cured of the infection. It was also found that children with any stage of malaria infection were more attractive to the mosquito. 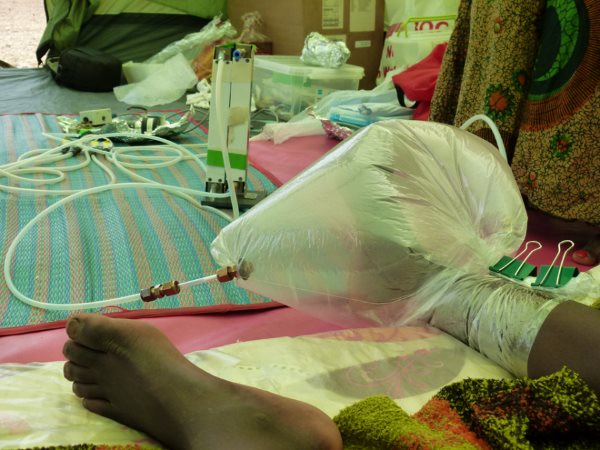 The latter is primarily responsible for the transmission of the malaria nell‘Africa sub-sahariana.

The next phase of the experiment was designed to understand the mechanism behind this increased attractiveness. Smell samples from 56 Kenyan children were collected and at the same time the researchers pinpointed the number of malaria parasites each child had in their blood.

The samples were analyzed using gas chromatography, a method that separates and quantifies different compounds, to reveal differences based on the number of parasites. In addition to analyzing the chemicals present in the foot odor samples, the response of the Anopheles mosquitoes connecting their antennae - the "nose" - to microelectrodes that measured the response of nerve cells, telling researchers which chemicals were important to animals.

This sequence of experiments showed that several compounds, also known as aldehydes, were detected by the mosquito and produced in greater quantities by children with malaria than by uninfected ones. Additionally, the researchers found that infected children with a higher density of malaria parasites in their blood emitted more aldehydes, creating a stronger odor.

Dr Ailie Robinson, who worked on this project for her PhD at the London School of Hygiene & Tropical Medicine, has explained:

“This is the first time that the smell of the skin of people infected with malaria has been studied. We have shown that the skin's production of key volatile chemicals is impaired in them and this new 'infected' smell appears to be more attractive to mosquitoes.

“These groundbreaking findings will be critical to the development of our malaria research. The next step will be to understand how parasites change smell, at the molecular level, and to develop new bait for mosquitoes ”.

The research was published on Pnas.