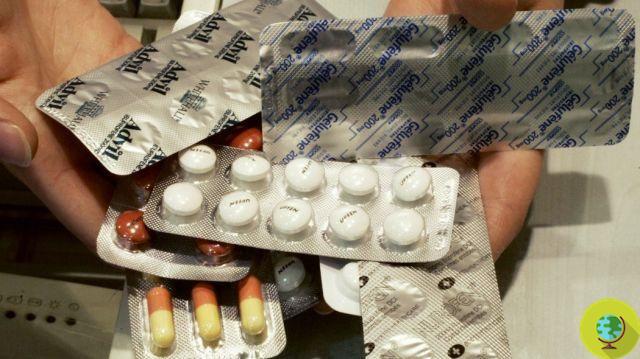 It seems that ibuprofen, a well-known pain reliever active ingredient, when taken in high doses has a negative impact in men in particular. A new study has in fact linked its use to a greater risk of infertility.


It seems that ibuprofen, known painkiller active ingredient, if taken in high doses has a negative impact in particular on men. A new study has in fact linked its use to a greater risk of infertility.

According to the research, published in the journal Proceedings of the National Academy of Sciences, taking ibuprofen can lead to early development of a hormonal condition that usually only begins once you reach middle age. To reach this point, the researchers took a sample of a group of young athletes who often took this active ingredient. A non-steroidal anti-inflammatory drug such as ibuprofen is in fact frequently used in those who practice sports, to be taken for example before an event to prevent pain. But what are the possible health consequences for athletes who regularly use this drug?

To answer this question, the research team recruited 31 male volunteers between the ages of 18 and 35. Of these, 14 received a daily dose of ibuprofen that many professional and amateur athletes take: 600 milligrams twice a day (1200 mg per day is the upper limit indicated on generic ibuprofen product labels). The remaining 17 volunteers were given a placebo. All for a maximum period of 6 weeks.

Result? Ibuprofen appears to act as an anti-androgenic, i.e. it interacts with the production of male hormones. Within 14 days of taking the luteinizing hormones, which are secreted by the pituitary gland and stimulate the testes to produce testosterone, they are affected by the circulating ibuprofen in the blood. In addition, the ratio of testosterone to luteinizing hormones has decreased, indicating that the testicles are malfunctioning. This hormonal imbalance has produced compensated hypogonadism, a condition associated with impaired fertility, depression and an increased risk of cardiovascular events, including heart failure and stroke.

Bernard Jégou, co-author and director of the Research Institute on Environmental and Occupational Health in France said he was confident in the reversibility of these effects even though it is not known what can happen in the case of long-term recruitment.

In this regard David Moeberg Kristensen of the University of Copenhagen stated:

“Our concern is with the fertility of men who use these drugs for long periods. They are good painkillers but a certain amount of people in society use them without thinking of them as real medicines ”.

This new study is nothing more than the continuation of a research started on pregnant women. In that case Bernard Jégou had explored the health effects of this drug in expectant mothers by comparing it with other similar drugs such as aspirin and acetaminophen. The team had shown that when taken during pregnancy, all three of these drugs (considered mild) had a negative effect on the testicles of male babies.

The advice therefore remains to limit the use of these as well as other drugs to really necessary situations. For example, try natural alternatives to pain relievers:

add a comment of Here's how ibuprofen can reduce men's fertility