Here is the probiotic that can kill antibiotic-resistant bacteria 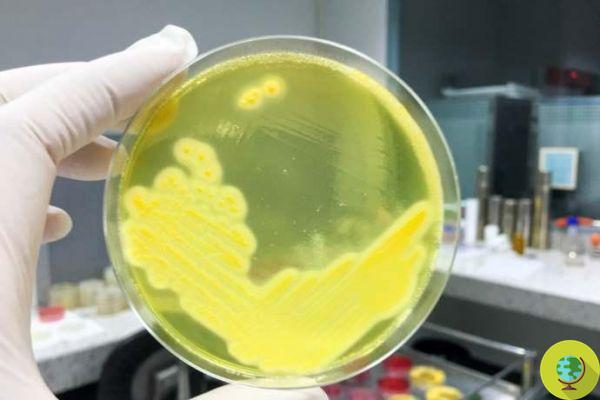 A probiotic can destroy the most resistant strains of Staphylococcus aureus.

A probiotic can destroy the most resistant strains of Staphylococcus aureus. The new study in Nature


Now resistant to antibiotics, infection with the Staphylococcus aureus bacterium can cause many health problems, including sepsis. Some strains are especially resistant to oxacillin, flucloxacillin and dicloxacillin, so they are particularly dangerous. But there appears to be a way to defeat this superbug with a probiotic.

This is the discovery made by researchers from the National Institute of Allergy and Infectious Diseases (Niaid), thanks to the collaboration of Mahidol University and Rajamangala University of Technology, in Thailand.

Through their research, they were able to show that a type of probiotic bacterium, called Bacillus, is capable of fight and effectively eliminate staphylococcus aureus.

“Probiotics are often recommended as food supplements to improve digestive health - explains NIAID director Anthony S. Fauci. The possibility that oral Bacillus could be an effective alternative to antibiotic treatment for some conditions is certainly worthy of further exploration. "

In the new study - the results of which are reported in the journal Nature - the researchers worked with 200 participants recruited from rural Thailand, speculating that this population is most likely less exposed to antibiotics or food sterilization.

First, the scientists collected and analyzed fecal samples from each person to try to identify which bacterial populations might be associated with an absence of staph aureus. This would help them identify the bacteria that prevent S. aureus from colonizing.

They saw that 101 stool samples contained Bacillus probiotic and, in particular, Bacillus subtilis. Bacillus bacteria are good at surviving in harsher environments and can be ingested with greens and vegetables. The bacillus is also present, along with other "good" bacteria, right in different probiotic products.

When the researchers collected multiple samples from the gut and nose and tested them for the presence of staph, they noticed that specimens containing Bacillus did not show S. aureus and viceversa. In addition, all Bacillus isolates that scientists had removed from human fecal samples were able to effectively inhibit that specialized system.

Later, using techniques to analyze the components and activities of the bacteria, the researchers found that Bacillus bacteria inhibited the specialized S aureus system by producing molecules capable of inhibiting the growth of many strains of the superbug.

Probiotics are once again confirmed as friends of our health. Here you will find all the differences with prebiotics and tips on where to find them.