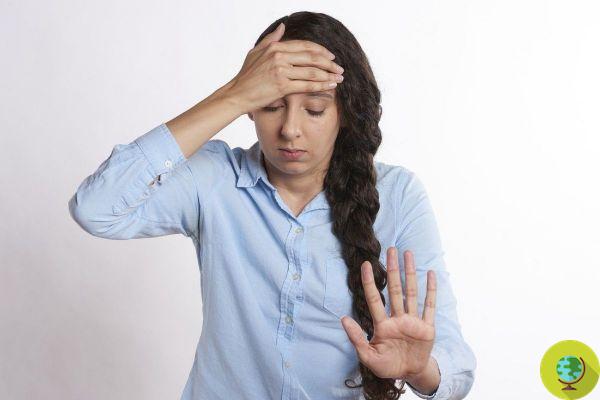 Stress, it is now known, is the cause of many diseases and ailments. However, a recent English study has shown that a chronic stress condition also plays an important role in the onset of the so-called 'broken heart syndrome' or 'broken heart'.


Cardiomyopathy (also called syndrome of Takotsubo, or 'broken heart') is caused by intense shock. This pathology is characterized by a decrease in the main chamber of the heart, and was first identified in Japan in 1990. Due to its symptoms (severe pain in the chest and chest, difficulty in breathing) it is often mistaken for a heart attack and can lead to complications similar to cardiac arrest. Every year around 2.500 people are affected by this syndrome in the UK alone: ​​in many cases, patients die.

(Read: How to Manage Stress and Relax in 7 Steps)

What triggers this syndrome, which usually develops in menopausal women, is a sudden spike in adrenaline caused by a severe stress condition (such as the disappearance of a beloved partner, the sudden loss of a large sum of money, an earthquake, but also happy events such as a wedding). Two molecules - called microRNA-16 and microRNA-26a - that are linked to conditions such as anxiety, depression and stress, have been found in blood samples from Takotsubo patients. Researchers fromImperial College London have shown that patients suffering from severe stress have heart cells that are more sensitive to adrenaline and, consequently, more predisposed to the syndrome.

This syndrome is serious and dangerous, but until now it was a mystery how it arose - he explains Sian Hardina, professor who led the study. - Furthermore, we have not been able to understand why the hearts of some people and not others respond in this way to a sudden emotional shock: Stress develops in many different forms, and further studies are needed to fully understand the mechanisms behind the chronic stress condition. However, this study is important because it confirmed that chronic stress associated with microRNA molecules can predispose the patient to the syndrome in the event of future stress.

add a comment of Heartbreak: Strong stress can have a very dangerous side effect, comparable to immense pain