Heart, brain and intestine: how to harmonize them also according to science 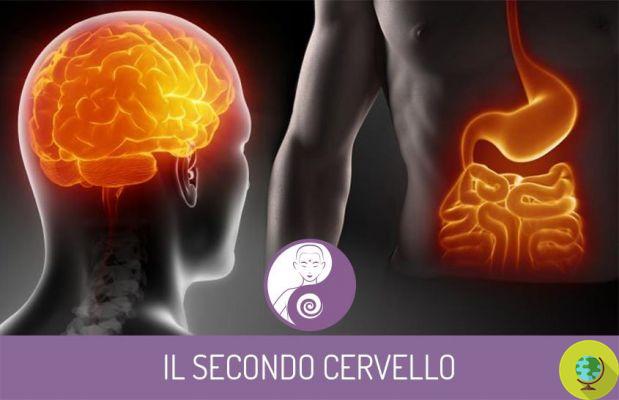 Three brains, three different intelligences to be harmoniously aligned, to live better. Guided by the heart.

Although some human bipeds show that they may not even have one, in reality each person has as many as three brains. Three. In fact, neuroscience has discovered the presence of a complex neuronal network, in continuous evolution and capable of processing data independently (in short, a real brain) not only in the head but also in the heart and belly. Not that it is a surprise (many spiritual sources have said this for at least 2500 years) but now even the unbelievers, all of them, have, as they say, the "proven proof".

Even without being a scientist, one can guess that our life would work better if these three brains acted in harmony with each other: if Mother Nature has placed them in our body, there is an evolutionary and profound reason. Unfortunately, we are not used to considering and / or managing them consciously: the result is an excessive rationalization of behaviors or, on the contrary, only emotional manifestations or only in the gut. Overall, therefore, we use our intelligences either partially, or in a reactive, disharmonious way.

The spiritual traditions and those linked to authentic wisdom remind us that everything starts from the intelligence of the heart: a life read and lived, acted out in the choices and in the determinations, in the motivations, from love in the broad sense (therefore from an attention to the good not only personal but of all) is the only one that can give authentic and profound satisfactions and be, as well, constructive, producer of happiness. For this to really happen, however, it is necessary that the (authentic) intent of the heart is translated into thought (which allows to formulate hypotheses of intervention, choices, decisions regarding the actions to be done) and also supported on an emotional level, with a passage then in the deepest feeling of the belly.

The path is not easy because, of course, all our internal "saboteurs" or the different "shadows" (if we want to use a term dear to Jung) intervene on the road. How to do? It takes determination, courage and the will to grow in love. They can help some meditation techniques (such as mindfulness) or a path that helps to seriously develop the spiritual talents that each of us possesses.

For those who prefer a more scientific approach, recent findings in neuroscience are summarized in mBIT (techniques for the integration of multiple brains): a detailed guide, full of information and exercises is "mBraining, Harmonizing the 3 brains" by Grant Soosalu e Marvin Oka (Amrita Editions). In simple language, the book explains not only how brains communicate, sometimes even in a conflictual way, with each other but also teaches the practical way to arrive at an inner alignment that will allow you to make choices - in life, in affections. , at work - more harmonious and effective.

Turn that turns you, the fundamental principle is always the same: it is the heart that must guide. Even for neuroscience. From there we begin and there is the house to return to: where the Spirit seeks his place.

Heart and arteries clean with broccoli and cauliflower ❯

add a comment of Heart, brain and intestine: how to harmonize them also according to science