Heart and arteries clean with broccoli and cauliflower 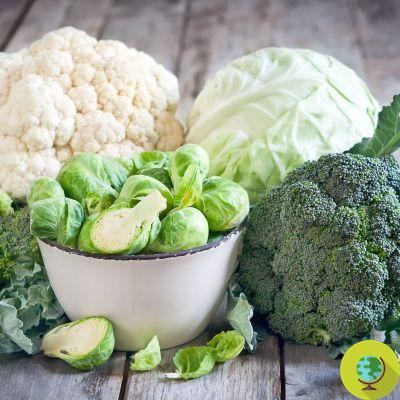 A research by Imperial College London directed by Paul Evans has shown how broccoli protects the heart and arteries, especially against atherosclerosis

Broccoli, cabbage and cauliflower they never cease to amaze. And not just for the embarrassing effects they can cause to those who just can't digest them (and to those around them). Considered a sort of panacea since the ancient Romans, recently rediscovered also as allies to keep high blood pressure at bay, broccoli has numerous curative and preventive properties, to which, from today, is added that of protect heart and arteries, especially against thearteriosclerosis.


To prove this, a research conducted atImperial College London under the direction of Dr. Paul Evans which he highlighted as the vegetables of the family of cruciferous, Thanks to sulforaphane contained in them, are able to reactivate theNrf2, the protein involved in keep blood vessels clear of accumulations of fat, main causes of cardiovascular diseases such as angina, stuff, hit and, indeed, arteriosclerosis.

In the study published in the Journal Arteriosclerosis Thrombosis and Vascular Biology, the researchers assumed that not all circulatory systems are the same and that curves and secondary blood vessels are the points most at risk for the formation of fatty plaques, as they lack the "active" form of Nrf2 and therefore more subject to vascular diseases. Treatment with sulforaphane, on the other hand, significantly reduced inflammation in these high-risk areas, precisely because it is able to stimulate the precious protein and, therefore, free them from the dangerous funnels caused by fat.

The next goal of the scientists led by Evans will be to precisely verify the extent of the correlation by establishing as a broccoli-based diet can really affect the progressive reduction of arteriosclerosis in the individual areas concerned. But they are certain of one thing: for the general health of the heart, it is "with cabbage" that we must give up the 5 daily portions of vegetables, obviously with broccoli in the forefront.

Heart: Does iron in red meat increase the risk of heart disease? ❯